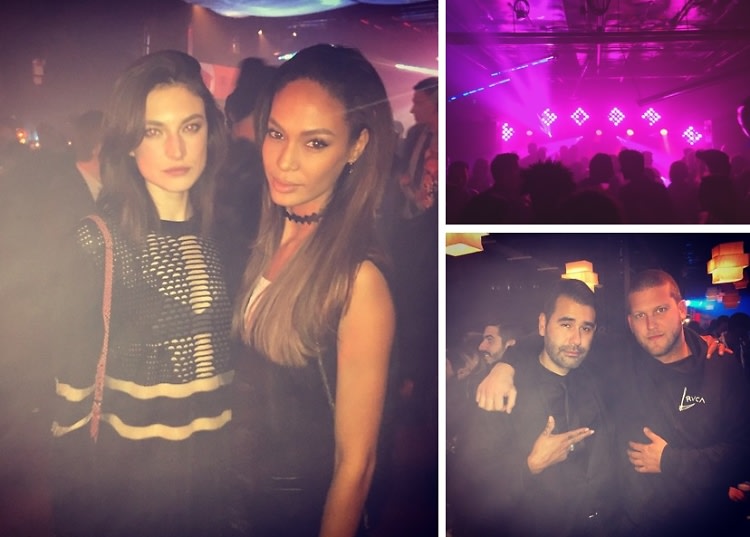 Ever since it opened, Milk has always been one of the arbiters of cool in New York, serving as a place where designers and artists convene and incubate, but also where downtown Manhattan lets loose and parties. This was the underlying feeling at last night's Milk holiday party at the Brooklyn Night Bazaar, a no-holds-barred blowout that capped off another monumental year for the flourishing brand. Mazdack Rassi and co. brought out over 1000 people to the Greenpoint warehouse, where you could barely move 10 feet without finding something interesting to do. In the back, guests took advantage of the games which included hoops, arcade games, ping pong, and foosball.

Artist Harif Guzman got in a quick game of mini-golf before meeting up with the usual suspects like Up & Down's Ronnie Flynn and hairstylist Laura Polko. Rassi himself was catching up with Joan Smalls and Jacquelyn Jablonski, who had a memorable bidding war at Milk during Jablonski's Autism Speaks event. The two models granted a few photo requests, but were all about the dance floor, where DJ David Katz had the crowd moving non-stop. The multiple bars didn't skimp either, with at least six types of beer and a full liquor shelf. However, the food was what got the most attention, with brick-oven pizza, tacos, and pretzels served for free all night. The party was one of Milk's best, only making us more excited for what's in store in 2015.