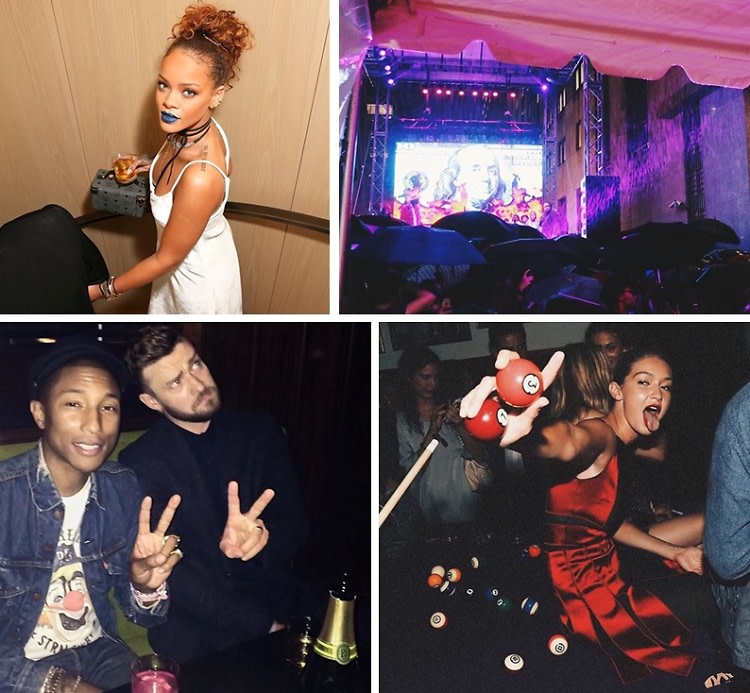 By far the most star-studded event of the night, Rihanna's #NYFW kick-off party at the New York EDITION brought out major celebs including Justin Timberlake, Pharrell, Gigi and Joe, and The Weeknd. Kim and Kanye even stopped by for the pre-event dinner in Jason Atherton’s Clocktower restaurant. Despite the downpour, guests crowded outside for a block party concert featuring performances by Travis Scott and Young Thug. Click through for an inside look!