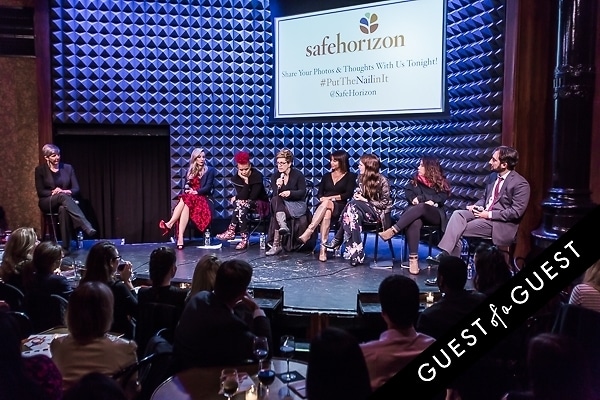 In honor of Domestic Violence Awareness Month, the all-star cast included American Horror Story’s Lily Rabe (as Desdemona), Miss America 2015 Kira Kazantsev (as Bianca and Lodovico), Tony award winner Lisa Kron (as Emilia), ER’s Gloria Reuben (as Othello) and LGBT activist StaceyAnn Chin (as lago). Following the performance was a dynamic and powerful conversation about the contemporary epidemic of violence against women, which explored the themes of domestic violence in Othello before there was even a vocabulary for this kind of violence.

Go HERE for more photos of the event by Ken Arcara