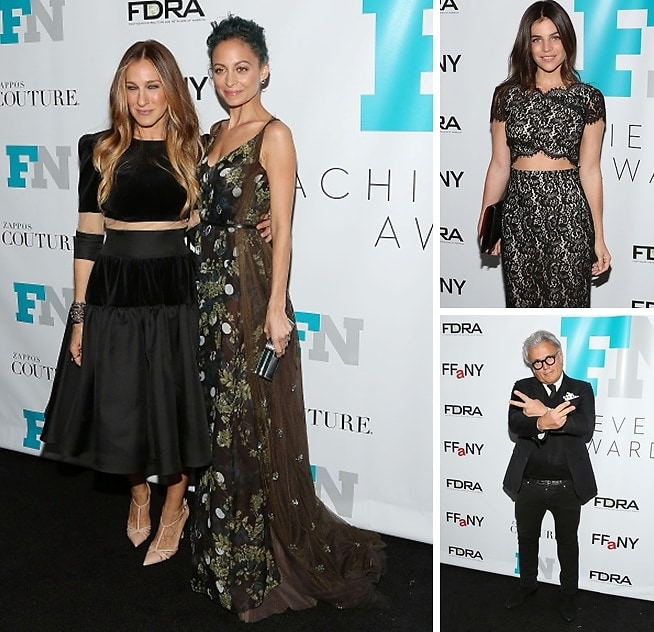 Think the Oscars, but for shoes! Last night, Footwear News and Zappos presented the 2014 Footwear News Achievement Awards, highlighting the most influential footwear designers and CEOs from this year. The group of accomplished honorees included: Sarah Jessica Parker for "Launch of the Year" for her SJP Collection, Nicole Richie for "Influencer of the Year," Stan Smith for "Shoe of the Year" for his collaboration with Adidas, Stuart Weitzman for "Marketer of the Year," and Giuseppe Zanotti for "Designer of the Year," among others. Towards the end of the red carpet, celebrities including Joe Zee, Brooke Burke, Fern Mallis and Misty Copeland were encouraged to take a "Shoe Selfie" to share with fans. From designers wearing their own designs, to guests and fans wearing their favorite designer, attendees hailed the art of the shoe. For example, Stan Smith wore his Adidas staple-design shoe with green details and a suit. Some guests also opted for the same easy and cool sneaker, and got in line to take a photo with the tennis player-turned-designer to share their admiration! For more from last night's event, be sure to check out our slideshow.