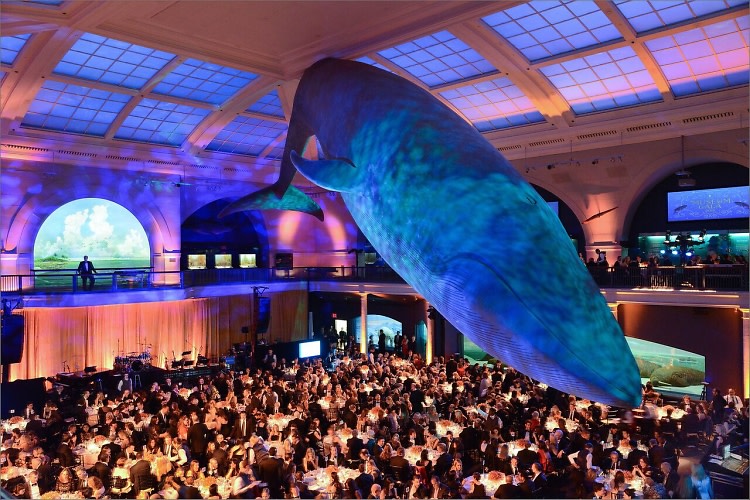 Last night, some of the biggest names on screen (and the social scene) came together for a night under the big blue whale at the American Museum of Natural History in honor of its annual Museum Gala. The ever hilarious Seth Meyers hosted the evening, where guests including gala chairs Tina Fey and Lorne Michaels, Robert De Niro, Jon Hamm, Steve Martin, and Helen Mirren donated upwards of $100,000 for a table. Just in time to kick off the holidays, classic crooner Michael Bublé was on hand for a special performance. (Wonder what Tony Bennett thought of that?!) Click through for an inside look!