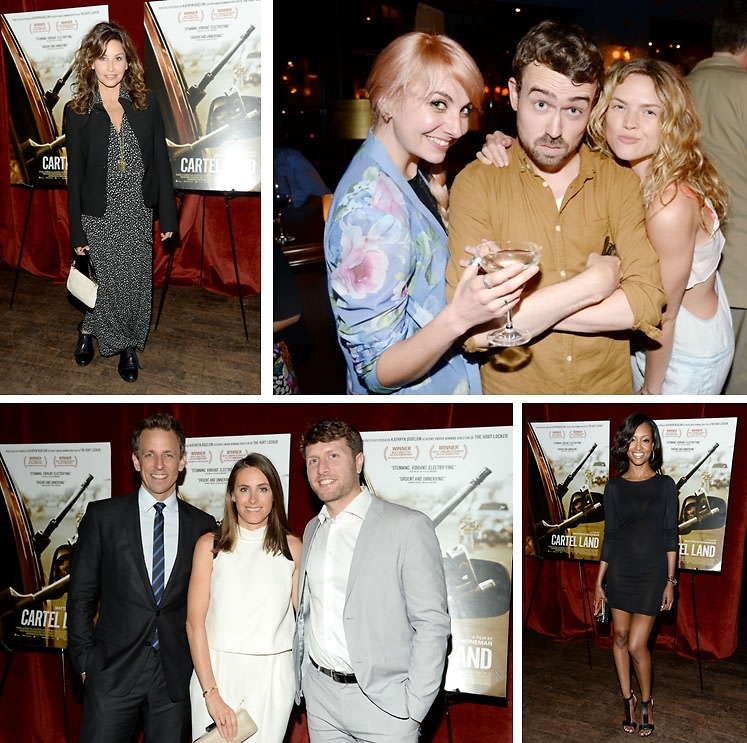 Comedian Seth Meyers got serious last night hosting a special film screening of Cartel Land alongside The Cinema Society at the Tribeca Grand Hotel.  The film focuses on two groups on either side of the Mexico-U.S. border as they fight to stop drug cartels. Director Matthew Heineman won the Best Director Award and Special Jury Award for Cinematography for the film in the U.S. Documentary Competition at the 2015 Sundance Film Festival.  Inspired by the film were not only hosts Seth and Alexi Meyers but guests such as Katie Couric and Ann Coulter.