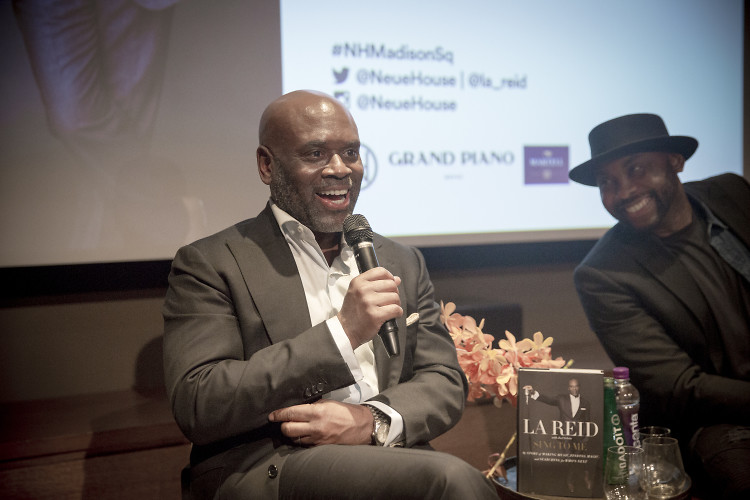 "Every Little Step" by Bobby Brown? He wrote that infectious love song. The Tony Rich Project's "Nobody Knows"? His artist's song. Mariah's "We Belong Together"? He sent her back into the studio to come out with that hit.

Chris Rock came through for the Q&A. DJ April Hunt played Rihanna's "Diamonds," Ciara's "Promise" and more at the cocktail party as guests, including vogue.com's Chioma Nnadi, enjoyed distinguished cocktails by Martell. Tyson Beckford (who famously starred in Toni Braxton's "Un-Break My Heart" video) attended and continues to be the most impressive male model on the scene. Since it was NYFW for men, let's toast to legendary men who have worked hard for epic careers. Raise your glasses. Cheers, gentlemen.