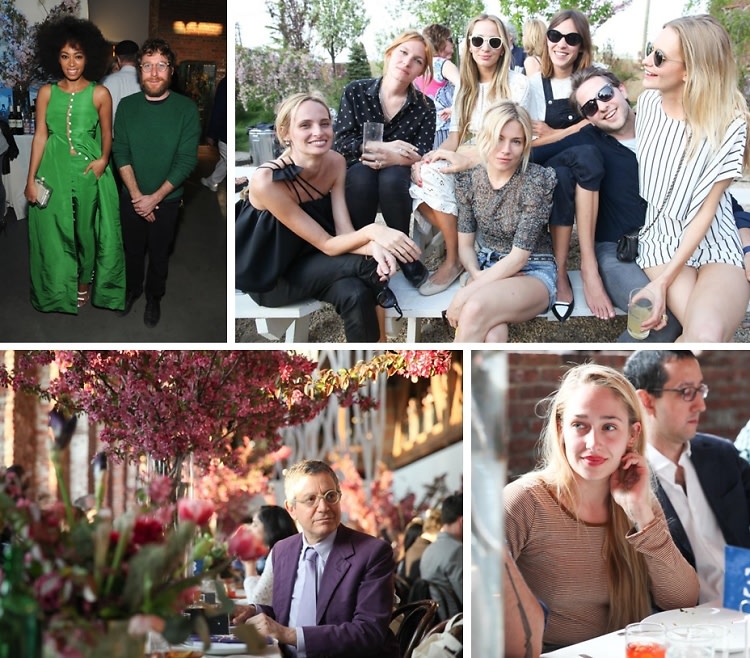 On Sunday evening, art stars and A-listers made the increasingly trendy trek to Brooklyn for Pioneer Works' 2nd Annual Village Fête, hosted at Dustin Yellin's reclaimed factory space in Red Hook. With art on auction donated by Yellin and his many creative friends, a mariachi-filled backyard garden, and countless cool kids in attendance (including birthday girl Poppy Delevingne and the stunning-in-green Solange Knowles), the event was as fun and fashionable as the borough it was held in.