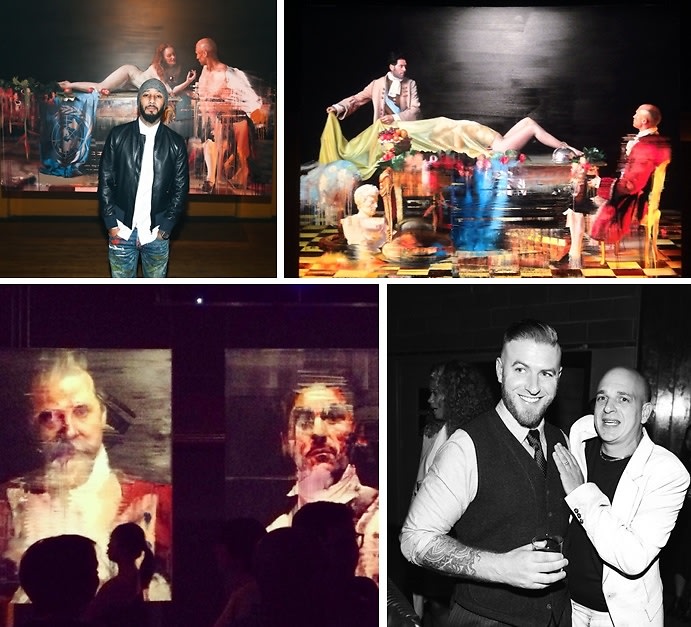 On Friday Lazarides Gallery hosted the opening of London-based artist Conor Harrington's newest exhibition Eat and Delete. A crowd quickly formed at the Old Gym on Mulberry Street, an unused school gym space that housed the new series of paintings. Guests were in awe of the new work, which featured detailed renaissance-influenced figures with contemporary touches, such as graffiti-like paint drips. This was accompanied by a short film that created a story based on the paintings using detailed and hazy videography, along with drawn-out scenes that were both seductive and violent. We asked Harrington about the influence of graffiti on his work.

Unsurprisingly, the artist also had a few paintings we noticed on the streets, including one on Lafayette and Broome. Film director Morgan Spurlock stopped by the party to check out the work, as did producer and notable art collector Swizz Beatz. Artist Mint also praised the show and the juxtaposition between the different styles of art displayed in each painting. As a DJ spun dubstep and UK garage tunes from the second floor, guests enjoyed Heinekin and Amstel beer in the increasingly crowded room. The event ended up being the perfect way to start the weekend, and a fun way to kick off the week-long exhibition. Runs until October 4th.