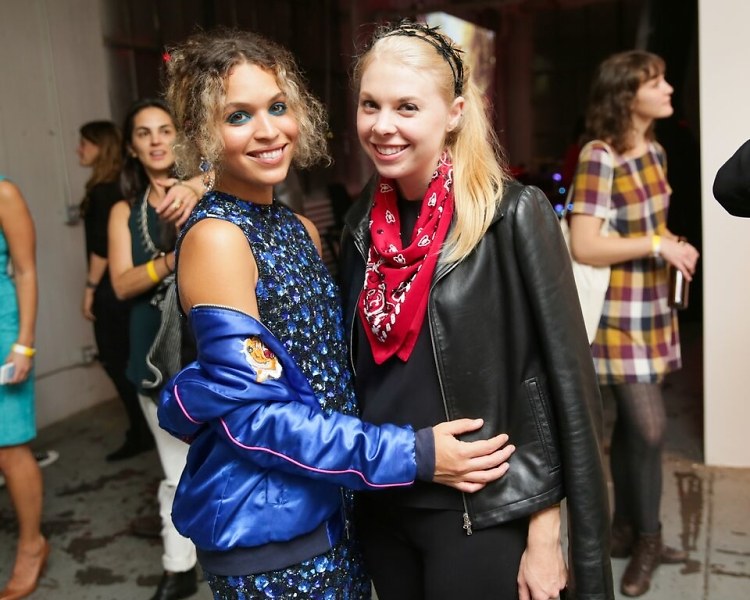 In the world of NYC art, few organizations have gained the reputation of the Bruce High Quality Foundation. Despite the prestige it has garnered from its unique exhibitions and offering the only free art school in New York, the anonymous team has maintained an unpretentious ethos focused only on the cultivation of art.

To support their mission, BHQF hosted their annual party and fundraiser last night with the debut of the exhibition ARCADIA, to help continue their art school and community space. Despite the noble cause, the party had everything you would expect from the downtown art crowd: left-of-center performances by LE1F, Francis and the Lights, and Brianna Lance, performance art by James Sprang, Z Behl and Eamon Monaghan, and an Absolut Art Bar with bottles...artistically hanging from sculptures. Though regulars in the art scene, notable guests like Dev Hynes, Cleo Wade, Francesco Clemente, Tom Sachs, and Bob Colacello were if nothing else a testament to the importance of the BHQFU. And with that kind of support from some of the most important artists in NYC right now, we're that much more excited to see what the BHQF comes up with next.

ARCADIA is on view until December 11th, by appointment only