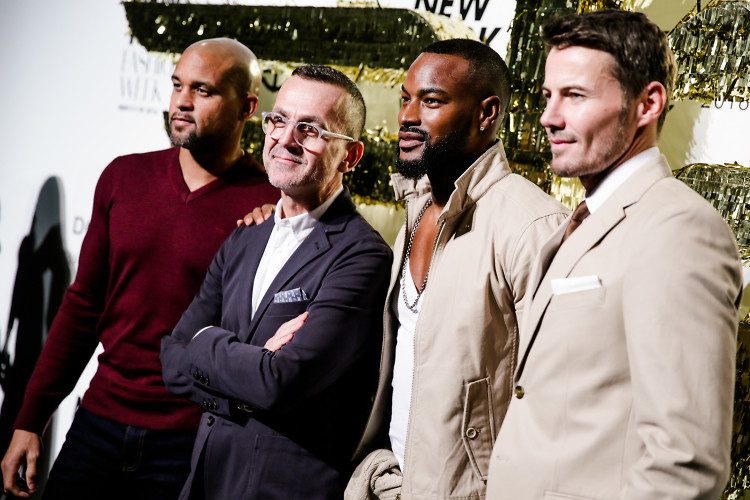 And just like that, it’s February Fashion Week again. Last night, Dockers took over ArtBeam with celebrities and industry friends in celebration of their 30th anniversary and to kick-off opening night of New York Fashion Week: Men’s. The venue opened at 6:30 p.m., and by 7 p.m., they were over-capacity by nearly 200, which left guests waiting anxiously (some irritated) in line. However, it turned out to be well worth the wait.