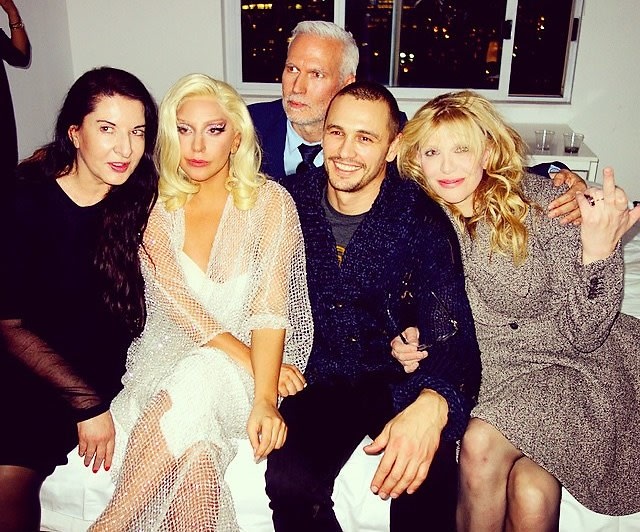 All of the controversy surrounding The Interview may have culminated on Wednesday night when Sony Pictures officially cancelled the release of the film, but that didn't stop star James Franco from having a good time. Despite the studio's possible loss of $100 million due to the decision, Franco was apparently too caught up in the holiday spirit to mope, instead partying with the likes of Lady Gaga and Courtney Love at the residence of Museum of Modern Art director, Klaus Biesenbach. The diverse crowd of creatives also included Derek Blasberg and Marina Abramovic, the latter of whom posed alongside Gaga in a number of group shots. Rumor has it Gaga was a surprise guest, even to the host. But it was hardly an unwelcome party-crash, as Gaga and Biesenbach were by each other's sides all night, even taking a moment to cuddle up in bed together. In any case, we're glad Franco isn't letting this major setback knock him down. Keep on partying, James!