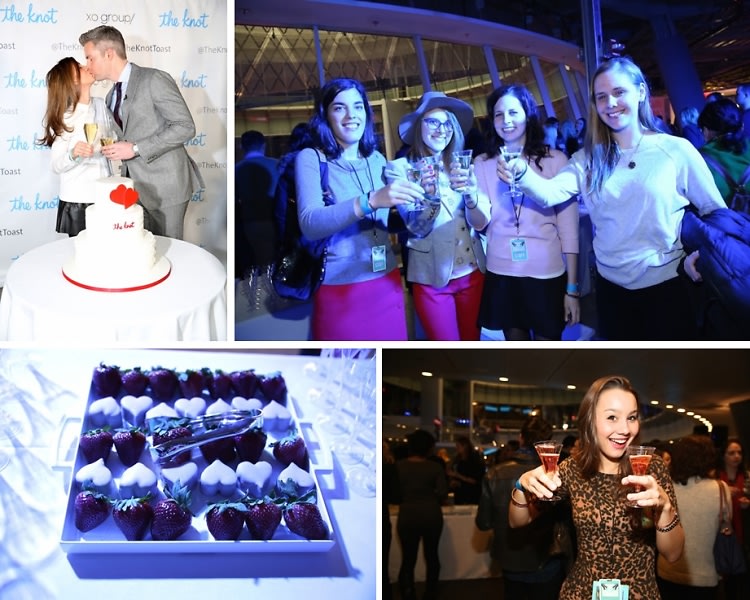 "In the 18 years since The Knot launched, we helped inspire approximately 25 million couples during their wedding planning process," said Dhanusha Sivajee, executive vice president of marketing at The Knot. "To celebrate this milestone and Valentine’s Day, we invited everyone who loves love, including many of the couples we serve today and throughout our 18-year history, to raise a glass and break a GUINNESS WORLD RECORDS® record for the World’s Largest Champagne Tasting." The 518 attendees included engaged couples, married couples who have used The Knot to help plan their weddings, New York City tech start-ups, members of the Downtown Alliance and all those who wanted to be a part of a GUINNESS WORLD RECORDS® official attempt to celebrate love.

Go HERE for more photos by Wendy Ploger and tag yourself and your friends!