Go HERE for more photos by Gonzalo Romero, and tag yourself and your friends!

There's nothing like an elegant party to bring out the opera-lover in everyone! Meg Ryan, Kerry Washington, Patrick Stewart, Selita Ebanks, Patricia Clarkson, Anjelica Huston and Lorenzo Martone were all in the audience at last night's season opener, Das Rheingold.-

Not that The Metropolitan Opera really needs to prove itself to anyone, but the best way for a modern opera company to show what they've got is to unveil a new, expensive, multi-media production of Wagner's Ring Cycle. Last night, the Met premiered their newest version, starting with "Das Rheingold". Smoke and mirrors and sometimes malfunctioning robots, mostly, but luckily, thanks to Stephanie Blythe and Brynn Terfel, the singing was pretty good. (And by pretty good, of course we mean superb.) 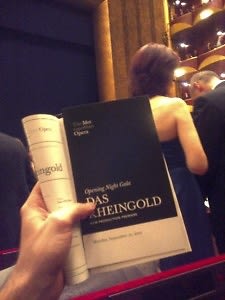 Of course, Opening Night isn't really just about the opera itself: it's about the pageantry, the dresses, the magic moment when the lights go down and the chandeliers go up, the celebrities, and the after party.

Last night, one of the most emotional moments occurred when James Levine, conducting for the first time since taking medical leave in April, returned to the stand and conducted a rousing rendition of "The Star Spangled Banner".

The audience of last night's performance wasn't limited to the seating inside the Opera House: true opera fans braved the rain at both Lincoln Center Plaza and Times Square, where the performance was simultaneously broadcast. (Sidenote: The Met remains one of the few opera companies that has figured out a way to actually make revenue through their Met Broadcast programs. Making a profit is virtually unheard of for any arts organization, let alone opera...) 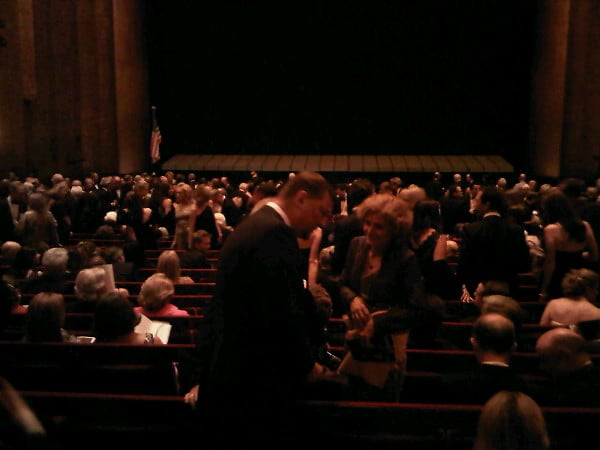 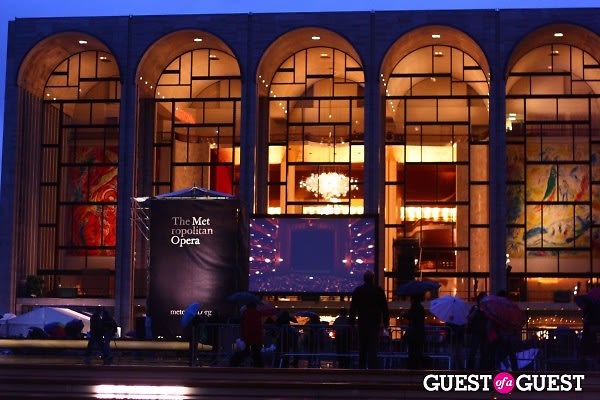