Paper Magazine held their 6th Annual Nightlife Awards last night at Good Units, the Hudson Hotel's renovated basement club. Hosted by a freakishly in-character Peewee Herman (who did give GofG a shout-out!) the party began at 8 and the awards show kicked off about an hour and a half later.

[Go HERE for Paper's coverage of the event!]

Terrence Koh managed to stand out in a well-dressed crowd of unique people. In a floor length, white feathery dress that Stanley almost mistook for a chew toy, Koh presented the award for Best Nightlife Photographer to our pick, Hanuk.

"The inspiration for this dress is deep," he told me. "Icould try, but it really can't be put into words."

"The thing about this industry is that everyone's always working," he explained.  "It's nice to have a night where we all get to come together to celebrate all that hard work while having some fun, too." 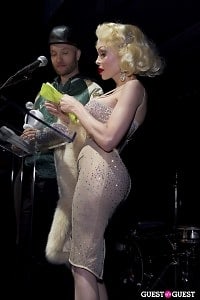 Editorial director Mickey Boardman, wearing a fabulous, black bejeweled Diane Von Furstbenberg blazer, told me why he thought this night was so important. "We always say the celebrities are nobodies, and the nobodies are our celebrities. The New York Times called tonight the Academy Awards of nightlife," he pointed to a glam woman in a long, sparkling gown.

"Amanda Lepore is our Angelina Jolie. New York is great because it's not a bunch of cliques. Everyone comes together—it's a glamourpuss like yourself next to a skater dude. It's a drag queen beside a rock DJ. Everyone parties together."

Of course I had to ask the evening's Angelina Jolie what she was looking forward to that night.

"Of course Peewee," she said. "And also, I just love getting dressed up and coming out with others who do too. The secret to my success is I never take anything too seriously."

Other highlights of the evening were a performance by nightclub singer, Bridget Everett.

"You might not know me," she said, moments before ripping off her sequin dress and stripping down to a revealing one-piece bathing suit. "But you won't forget me!"

As she belted out a number, she fully engaged the crowd, all of us wishing we had even a portion of her brazen self-assuredness. 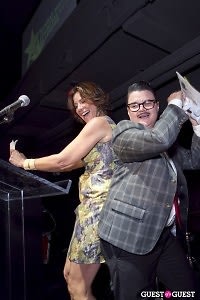 Michael Musto and Mickey Boardman presented the People's Choice awards towards the end of the night. By this point, many in the crowd were swilling Russian Standard Vodka straight from the bottle and felt uninhibited to, well, boo and hiss when their picks didn't win.

Best Party went to Freedom at Le Poisson Rouge. (Not going to lie, I was hoping Sundays at St. Jerome's would win this one. One of their bartenders, Brian Newman, excitedly told me that yes, Luc Carl was his best friend, and he was indeed who I'd read about on Page Six the other week playing trumpet with Gaga at The Oak Room.) Best Club went, unsurprisingly, to Webster Hall, while ?uestlove took home People’s Choice Best DJ.

Best Promoter went to Jelly NYC and America's Best Party was awarded to School Night at Bardot in Los Angeles. A sincere congratulations to fellow nominee Gayletter for winning the People’s Choice Award for Best Nightlife Website! You earned it, boys. 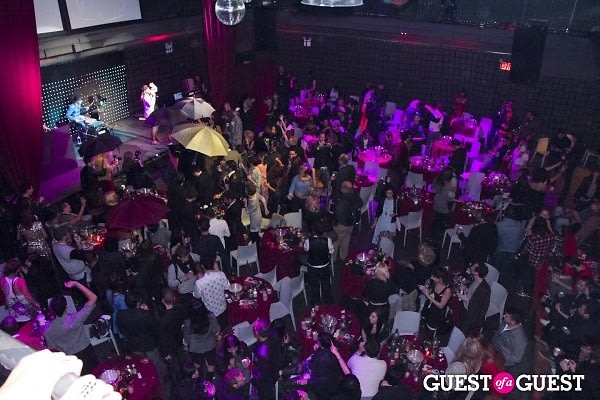