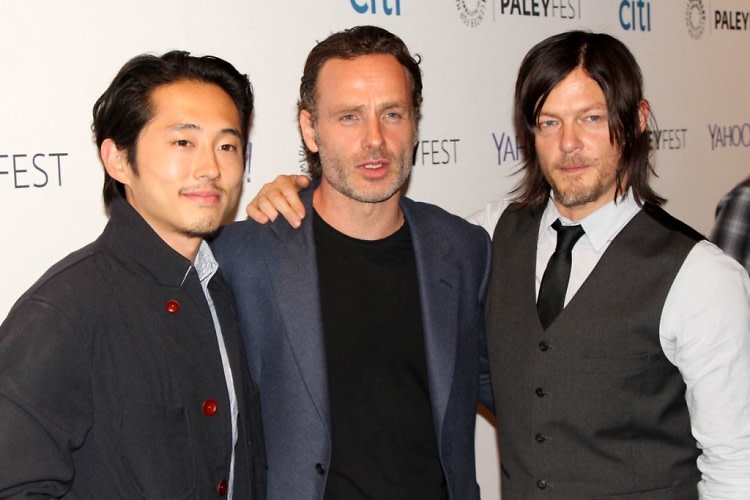 Over the weekend, The Walking Dead cast and celebrities took to the red carpet at the Paley Center in NYC for the show's panel presentation at PaleyFest. On the eve of the series' return, the excitement within both the cast and audience was palpable and was made even more electric when Norman Reedus and crew crashed the crowd during the open floor portion of the panel.