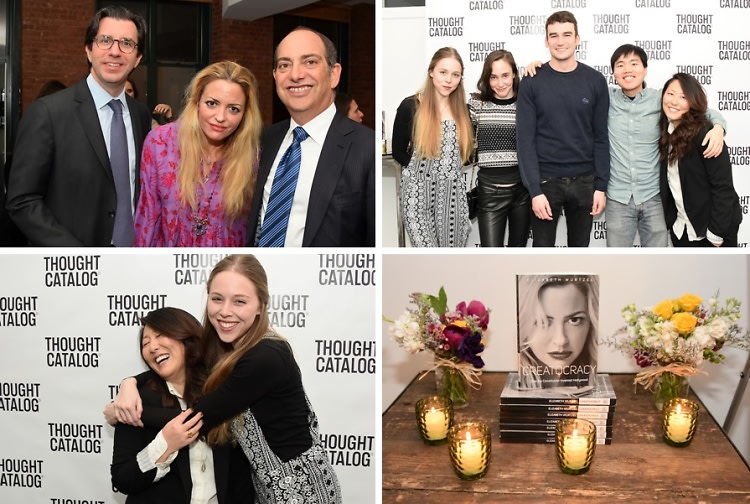 Last night, Thought Catalog hosted an intimate gathering at their Williamsburg, Brooklyn office to celebrate the release of Elizabeth Wurtzel’s new book Creatocracy, which was published by Thought Catalog’s books division. Wurtzel’s friends and colleagues — many from her college days — enjoyed fresh oysters and lobster rolls while talking about the book and catching up with one another. After the vast success of Wurtzel's first book, New York Times Best Seller, Prozac Nation, she went on to publish a handful of other hits. Creatocracy is Wurtzel's first book in over ten years.