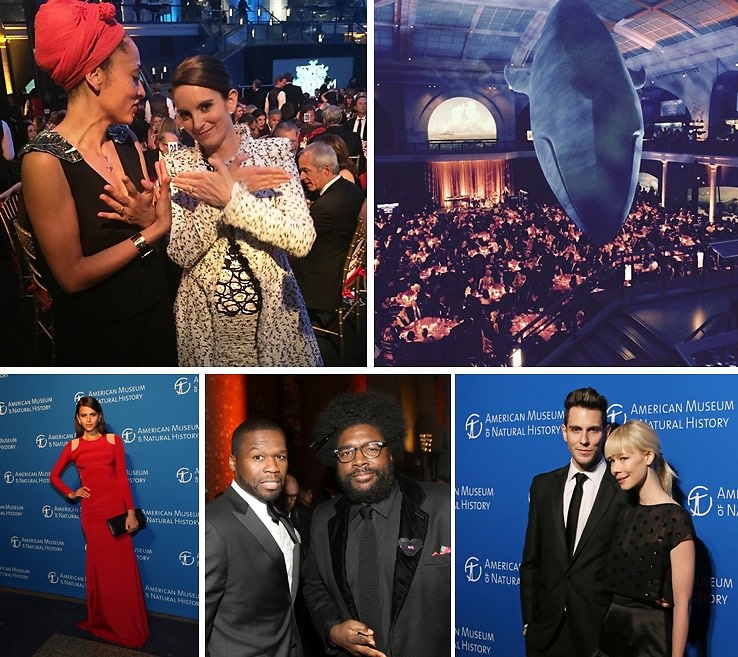 The American Museum of Natural History hosted its 2014 gala last night with some of the biggest names in the entertainment industry and beyond. Guests, including the ever-entertaining Tina Fey, as well as musician-designer duo Gabe Saporta and Erin Fetherston, were among those in attendance. 50 Cent, Zadie Smith, Cameron Diaz, and Naomi Campbell also showed, dressed in their best formal ensembles. The gala also featured a special performance by musical artist Bruno Mars (swoon!). For an inside look at the elegant evening at one of New York City's most famous museums (and a night spent dining under the whale!) be sure to check out our slideshow.