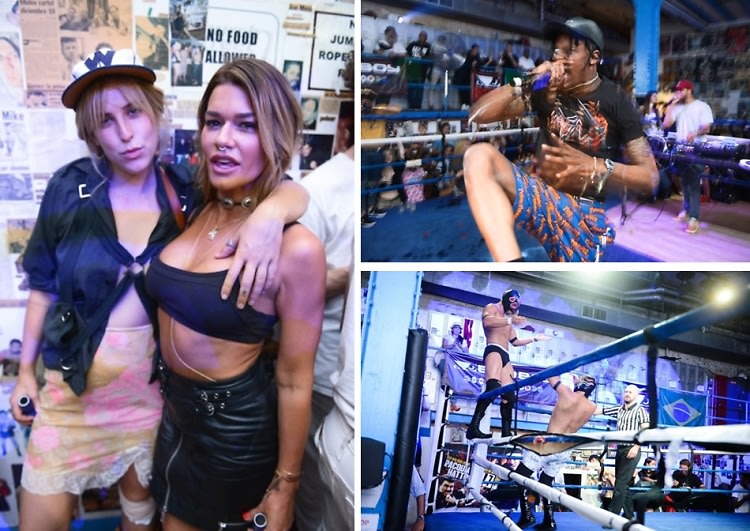 Back in September, Out of Order magazine hosted a 'model boxing' party at Church Street Boxing Gym, where a handful of guys put their pretty faces on the line for one of the most unique NYFW parties in a while. Since then, Floyd beat Manny, Overthrow opened in NYC, and the fashion world became obsessed with boxing. Last night the scene was set once again at Church, but this time MADE and new underwear line The Eighth decided to introduce the fashion crowd to lucha libre - Mexican masked wrestling. We're not sure if models and editors will find a way to incorporate it into their fitness routine, but their interest was certainly piqued after last night's blowout.

It was obvious right away that the guests were in for a good night with the prolific Jus Ske on the DJ decks as guests trickled downstairs. The Milk regulars all showed up, with Mazdack Rassi, Jenne Lombardo, Chelsea Leyland, and Harif Guzman all coming to party. They all had to endure the sweatiness of the low-ventilated basement, but not more than the wrestlers themselves, who gave the crowd a riveting show.

And of course there's nothing like sweat to force the guests to let go of their inhibitions and get down. The Kanye-approved Travis Scott gave a performance that had Maxwell Osborne, May Kwok, and Scout Willis moving. It was definitely the most unique event of the week, adding to NYFWM's growing reputation as a new force in the fashion world.