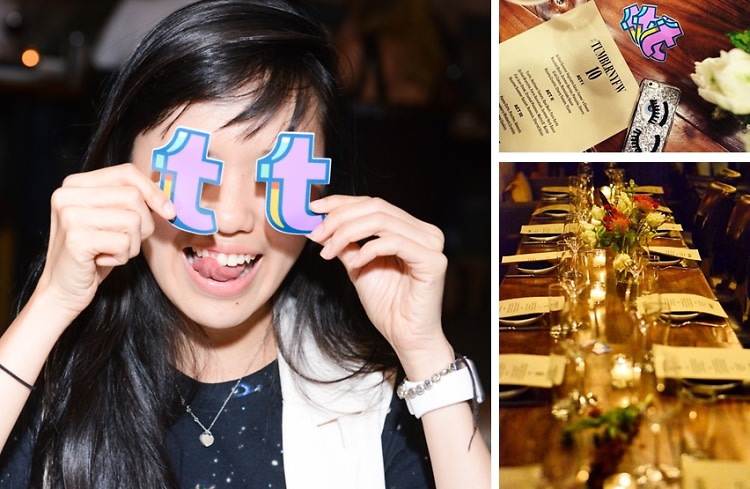 The Library at The Public Theater was the perfect setting for last night's intimate dinner party celebrating the creatives behind Tumblr's first collaborative fashion line. The night featured dinner and drinks, giving creators the opportunity to mingle and further develop the Tumblr community.

It seems only fitting that the platform on which we infinitely scroll through street style and fandom posts would launch its own ready-to-wear line featuring the designs of some of the most followed and reblogged artists in the Tumblr-sphere.

Print All Over Me will work with top creators including Hattie Stewart, Lauren Pelc-McArthur and Brian Vu, alongside John McLaughlin, Mario Kroes to turn their virtual designs into wearable reality. The collection will be available at a pop-up shop at the Lightbox this Friday, September 11-13 prior to the global launch online happening September 14.  The venue will also be hosting a space where designers from Tumblr will sell their own lines including animation-inspired street wear by Qilo.

“Our colorful and incredible community of artists, fashion bloggers and other creators have helped make Tumblr the most inspiring destination for years,” said Valentine Uhovski, Fashion Evangelist at Tumblr.

Follow #TumblrNYFW to stay up to date with added pop-up shop news and events... with a crowd like this, anything could happen!