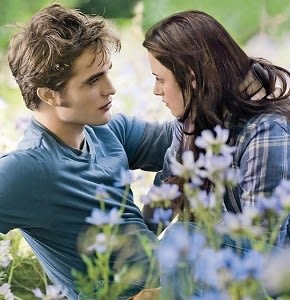 Last night, The Cinema Society and Piaget hosted a screening of one of the summer's most anticipated films, The Twilight Saga: Eclipse. Kristin Stewart, Taylor Lautner, and a handful of lucky amazons were in attendance. Tweens, eat your hearts out because we got to screen the movie!!

Spotted at the Crosby Street Hotel were Real Housewife Kelly Bensimon, Sofia Vergara, and model Maggie Rizer.  But the best celeb sighting of the night had to be Academy Award nominee Abigail Breslin. 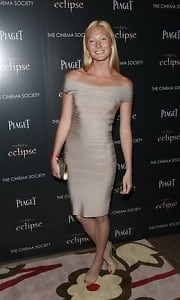 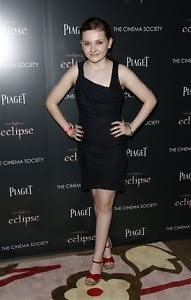 It seemed that most of the women old enough to date Taylor Lautner arrived at the Soho event dressed in the tightest Herve Leger bandage dresses we've ever seen, which is interesting considering that there is one reason and one reason only to wear the several thousand dollar cocktail dress. 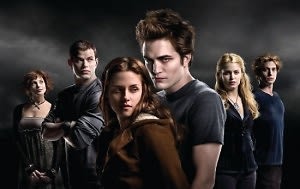 But just because Twilight screenings generally turn out to be the stuff of PG-13 dreams, does not mean that everyone will enjoy the movie. So, we took advantage of the fact that here at GofG we have different personalities and sent interns Cathy: a hardcore Twilight fan, and Miguelina: a skeptic, to Monday's exclusive screening. Here are our takes on Eclipse:

Cathy: I mean, it is pretty obvious that both of these characters are incredibly SEXY, but I personally am an Edward fan. For the majority of the movie, Jacob goes shirtless while Edward keeps his clothes on but still maintains sex appeal. Edward makes it clear that he is traditional in his sexual relations with Bella. He remains suave in his movements and his slight smiles. It's pretty hard to say no to that beautiful face, obviously Bella can't control herself (who could?).

Miguelina: This is the first and last time I ever watch a Twilight movie. I've only read the first book - as a class requirement - and boy was I disappointed when I realized that there is no sex scene, therefore no sex appeal through out the Twilight Saga: Eclipse. Yes, Taylor Lautner/Jacob is easy on the eyes, but that is quickly forgotten when I realized, much to my chagrin, that even in the middle of a Washington snow storm he somehow gets away with not putting any clothes on. 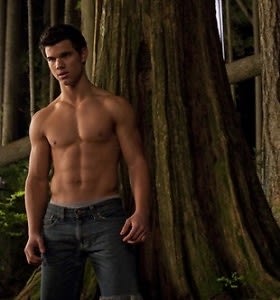 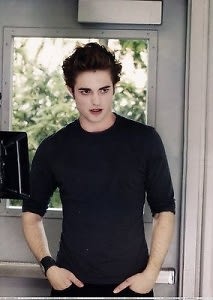 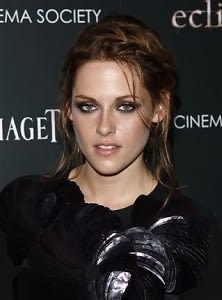 Cathy: Ok, so I'm not exactly an experienced movie critic or anything, like Miguelina... but I do have a few comments of my own. Personally, I think that the hype of this series is from the fan base, and that's what really excites me. Just to see the actors in their characters is enough to make me love a movie, especially this one. I definitely thought that the acting in this particular Twilight film was one of the best in the saga.

Miguelina: Sure Kristen Stewart looked amazing at the NYC screening last night - props - but her looks weren't enough to convince me of her acting during the movie. Several facial twitches does not translate into an emotionally packed scene. And Rob Pattinson's tendency to purse his lips with the expertise of an Olsen twin at the sign of danger is probably not going to get him an Oscar nod this season. 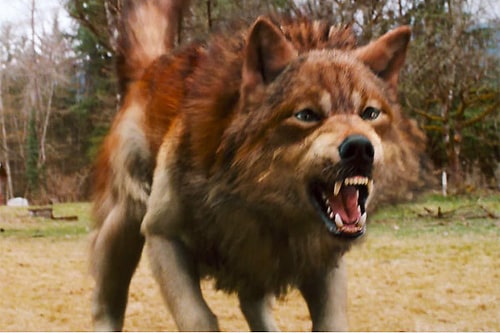 Cathy: I was pretty impressed with the special effects in this movie: definitely the best of the series. I enjoyed seeing the werewolves and vampires in action together because it resulted in more intense fight scenes. It was also exciting to see each of the vampires use their powers to defend Bella.

Miguelina: As I understand it by the droves of screaming tweens and their mothers that showed up to the screening, the cast, directors, and producers are making a whole lot of bank on the Twilight franchise. So why couldn't they invest some of that money on special effects?? Or even on an air conditioner considering that all the while Bella was on a frozen mountain top in the middle of a snow-storm we couldn't even see her breath when she spoke. 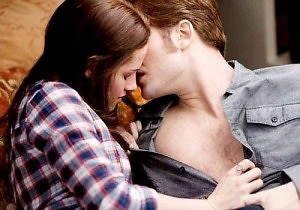 Cathy: My favorite scene of the film was Edward's marriage proposal to Bella. True to his gentleman ways, Edward explained to Bella how he would traditionally court her. After walking her through his idea of an old school relationship, he gets down on one knee, presents her with his grandmother's ring, and asks for her hand in marriage... I wish that was me!

Miguelina: I wish I could erase the scene where Rob/Edward proposed to Kristen/Bella with a God-awful engagement ring from my memory. I can't help but think that this is the stuff that afterschool Mormon specials are made of because, after turning down her semi-desperate advances, Ed explains to Bella that he does not believe in sex before marriage. Then, whips out the wedding ring. So although Bella is barely 18 and Edward is several centuries older, now it's okay to have sex, right??

Will you shell out the dough for the third installment of the Twilight Saga??

Compiled by Miguelina Nunez and Cathy Levett (Photo 1 via Blogspot.com) (Photos 2, 3, 4 and 8 by the Associated Press for Examiner.com) (Photo 5 via ScifiWire.com) (Photo 6 via GossipTeen.com) (Photo 7 via WordPress.com) (Photo 9 via FitnessWithPete.com) (Photo 10 via BlogSome.com)