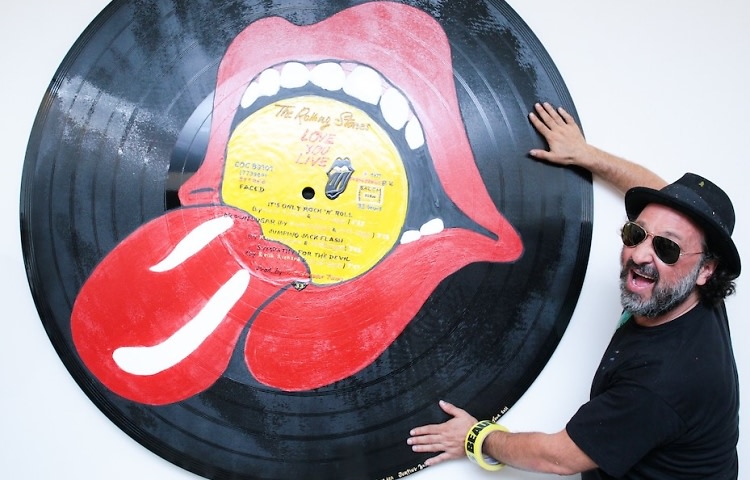 After serving over half a century as the best band in the world, the Rolling Stones are still the source of inspiration and entertainment for several generations. Last night that came in the form of a new art show presented by Hoerle-Guggenheim and Whitewall Magazine, in which the venerated band was again immortalized through a collection of paintings, hand-written lyrics, and even guitars that have lived more than most people.

The collection, which included pieces by Rolling Stones guitarist Ronnie Wood, was spread out over the third floor of the ever-buzzing EDITION hotel, but it was still a challenge to get a good look at the work with so many guests filling up the large space. A long line formed outside the hotel, with people eager to get a peek at the show, but also to rub shoulders with the stylish guests including Mr. Brainwash, Harif Guzman, and the EDITION's very dapper Ben Pundole.

Constance Jablonski came to celebrate her fellow model Patricia Van Der Vliet's birthday, and still looked effortlessly cool in a black tee and denim shirt. Of course with Men's Fashion Week there were bound to be some eye candy for the ladies as well, with Justin Hopwood and Josh Truesdale stopping by before hitting up the Rochembeau after-party later in the night. By the end of the night everyone must have been thinking that this is the perfect tribute to the Stones. Because in true rock n' roll fashion, the drinks were flowing, the hotel room was left a little trashed, and oh, yeah, there was also some art along the way.