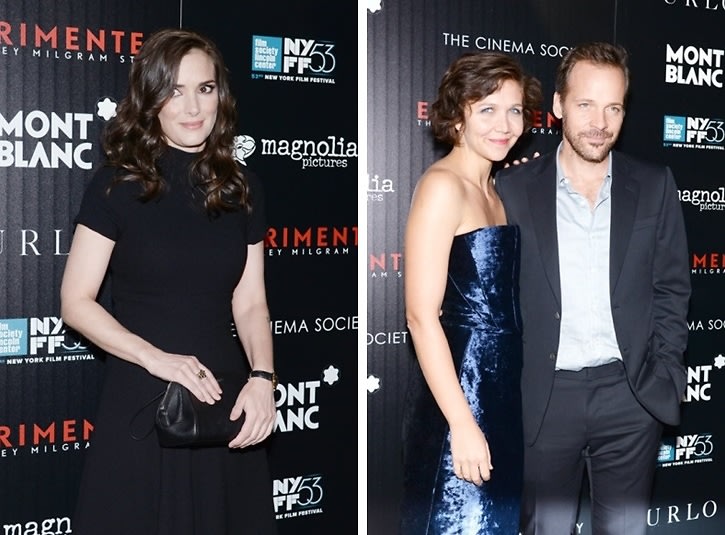 Our '90s girl crush for life, Winona Ryder, is still killing it. Stepping out this week at the New York Film Festival premiere of her new movie, Experimenter, she looked fabulous in an all-black ensemble alongside costars Peter Sarsgaard and Taryn Manning. Maggie Gyllenhaal was also looking glam on her hubby's arm at the screening. Afterwards, the cast headed to the new PHD lounge at the Dream Midtown, hosted by Montblanc and The Cinema Society, to enjoy the view and sip Urlo wine.