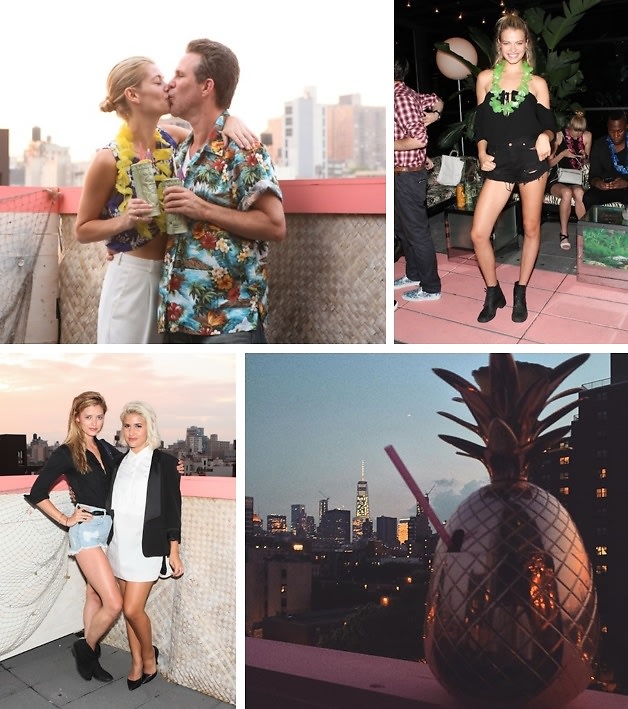 With just one more month of summer left, NYC is still offering us new ways to take in the season and relax in style. The newest addition, Tiki Tabu at the SIXTY LES, officially opened last night with a blowout party celebrating the birthday of One Model Management founder Scott Lipps.

After a day of torrential rain, the skies cleared up just in time for guests to make their way downtown to the tiki-themed rooftop, which ubiquitous nightlife purveyors Travis Bass and Sebastian Puga are running. Naturally, models swarmed the space, with Hailey Clauson, Rocky Barnes, Kenza Fourati, and more toasting Lipps. Of course they were also drawn to fan-favorite actor Zach Braff who got in the tropical spirit with a turquoise garland around his neck. To boot, the cocktail program is run by Jon Neidich and Jim Kearns (of recent Happiest Hour and Tijuana Picnic fame) which guests fervently indulged in at the party. Montauk favorite Jamo Wills mixed music, and was followed by members from the band SKATERS, who DJ'd as the space opened up to the public. There may only be another month of summer left, but for anyone sticking around in NYC, but for a little tropical escapism Tiki Tabu is the place to go.