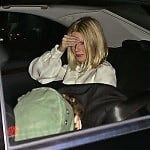 Gawker decided that men are better at naming websites. The most ironic part about the post was that it was written by Sheila McClear, a woman. Um...what?! don't think that there is a problem with  WowOwow (it's just funny), Jezebel, or Guest of a Guest (perfect for what our site is about). Now Goop (Gwyneth Paltrow's new website) is a very poor name choice sure, but it's hardly fair to group us all in with the woman who named her daughter after the forbidden fruit.

Somehow it seems that the intelligence Gwyneth had so much admired from the Brits has not rubbed off on her. While Goop is being launched as a lifeystyle site,  maybe it is intended to reach out to her fans (as there is a newsletter sign up), so prehaps she named the site with her fellow Americans in mind? The only thing to do is wait and is if Platrow's Goop turns out to be a definite oops.