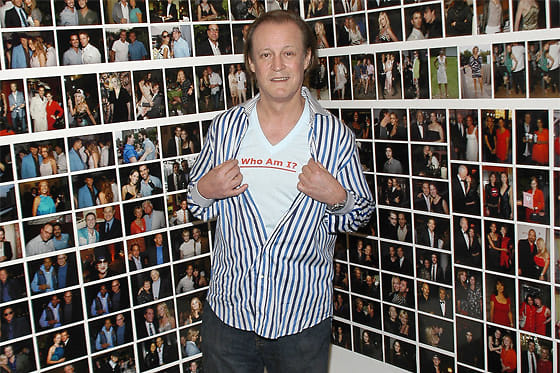 Giving us hope for our "dad's" everywhere, Patrick McMullan, the ultimate NY dad has decided to close up the generation gap with his son. Patrick McMullan's debut issue of PMc is out!  This could as well have been just another magazine launch, however Patrick, the king of excitement-capturing, couldn't bear the thought of being average.  In an attempt to stay relevant (his blog wasn't quite working), Patrick, along with Michael Merriam have created the world's first iPhone magazine. Who needs adjectives and verbs when you can get a story with one of a kind photos on your iPhone for only 99 cents a pop?

In a world where news stories are shrinking with our attention spans (a cue he picked up from the adorable Liam?), PMc may be the start of the next wave of media.

Who thinks Guest of a Guest would look good on an iPhone?