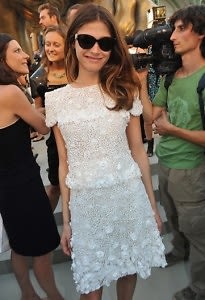 Chanel's much anticipated Couture show offered an array of glitz, glamour and classic fashion. If it weren't for the 45 foot high (and 8 ton) lion's paw statue, the A-list front row would have stolen the spotlight. But fear not, good ol' Karl pulled through with drama and provided fiercely beautiful pieces. 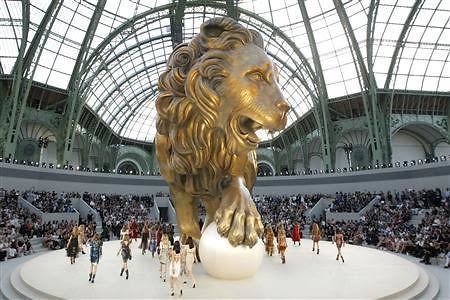 Models literally emerged from the classic "pearl" icon (that the 45 foot lion statue was holding) as a dramatic homage to the legendary Coco's astrological sign: Leo. Who knew Lagerfield was so spiritual?

Arguably, Karl is moving further from the original spirit of Chanel as there were no infamous LBD's or full-length gowns (a typical staple to all couture shows). Karl Lagerfield said it himself after the show last night, "Every woman has already got a little black dress."

The finale of the show revealed a pearl-encrusted bride escorted by a groom (model Baptiste Giabiconi) wearing a lion's head over his suit. Mr. Lagerfield's vision left guests roaring with excitement.. Even celebrities were blown away by the spectacle.. 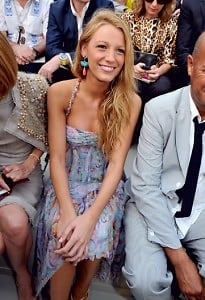 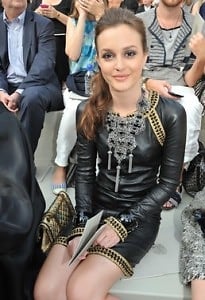 The perfect balance to all the opulence featured on the runway rested in the seats of the front-row.. Star-studded attendees included Gossip Girl's Blake Lively and Leighton Meester, who dressed as polar opposites (but respectfully both in Chanel).

Leighton was seen chatting it up with Clemence Poesy, who we mentioned in our Gossip Girl Spoiler steals our beloved Chuck from Blair in the upcoming season of Gossip Girl! I'm glad to see these two could put fictional bad-blood aside and come together in honor of Chanel.. 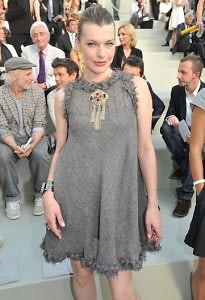 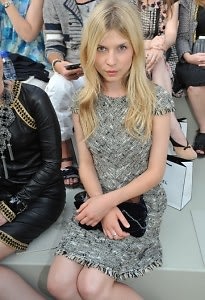 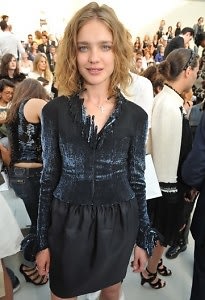 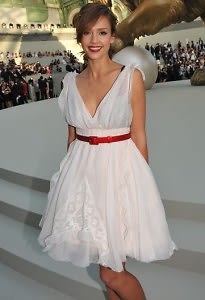