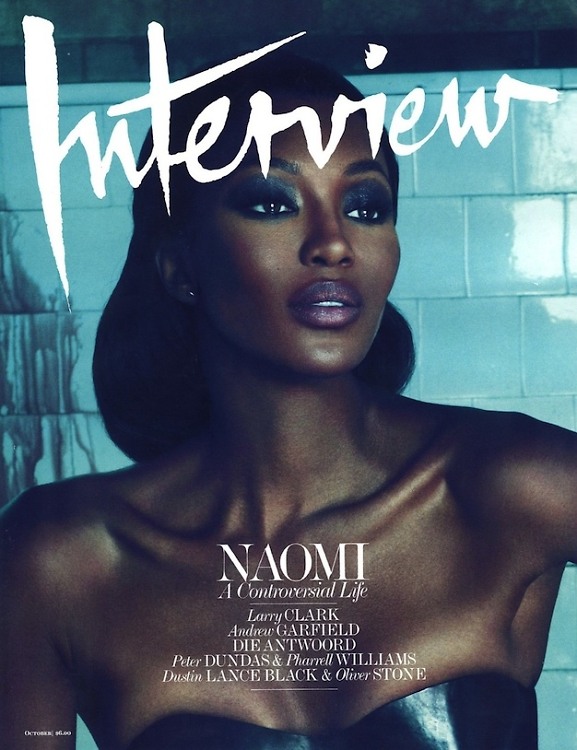 In case Naomi Campbell wasn’t intimidating enough, she has now landed an editor-at-large position with the German and Russian editions of Interview magazine, a publication’s cover she has already graced. Campbell’s new gig is to write a monthly column called “State of Mind” where she will interview “outstanding personalities.”

When speaking about her new position, she said,

“Being an Editor at Large is a new role for me and I’m very happy to be involved with such a prestigious magazine and one that I’ve worked with over the years. I’m looking forward to meeting and interviewing people who are passionate about what they do and learning about their interests, whether it be art, fashion, music or other creative endeavors.”

Campbell has already started working for the magazine. She wrote the introduction for the December issue of the Russian edition. Featuring Leonardo DiCaprio on the cover, the magazine was available November 25. Her first work on the German edition will be available January 20.

“Naomi is one of those rare personalities who is recognized throughout the world for her tremendous contribution to the fashion and creative world as well as her philanthropic contributions through Fashion for Relief.”

Watch out Anna Wintour! There’s a new she-devil in town.