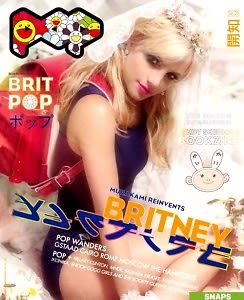 Elle.com calls it "the holy grail of Fashion Week Invitations". Don Hill's party for POP Magazine will feature a a guest musical performance so huge that owners Nur Khan and Paul Sevigny are being forced to keep the name under wraps for security reasons. So who could the mystery headliner be? It's gotta be Spears.-

Fashion Week Daily has heard some rumors that Britney will be playing party this Friday, and we think they're on to something. The party is, after all, celebrating the September issue of POP Magazine, with Britney on the cover (the cover was art directed by Takashi Murakami.) 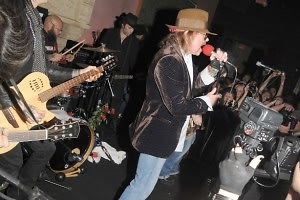 Nur Khan definitely has pull when it comes to getting big-named bands. His Rose Bar sessions last winter attracted bands such as The Cult and Guns N'Roses. Though these concerts were kept on the DL, there was no where near the amount of secrecy as with the "surprise performance" scheduled for Friday--presumably because Guns N'Roses and The Cult wouldn't recreate nearly the amount of frenzy that a rare performance by Britney, who hasn't performed in Public in a year.

If Britney does perform, it will be a coup not only for Don Hill's (which the owners are still saying will remain relatively low-key after Fashion Week), but also for POP Magazine's relatively new Editor In Chief Dasha Zhukova.

So where in the world is Ms.Spears now? She hasn't surfaced since the August 30th paparazzi shots of her Hawaii vacation, but is sure to attract some attention if she steps foot in New York. We'll keep you posted...