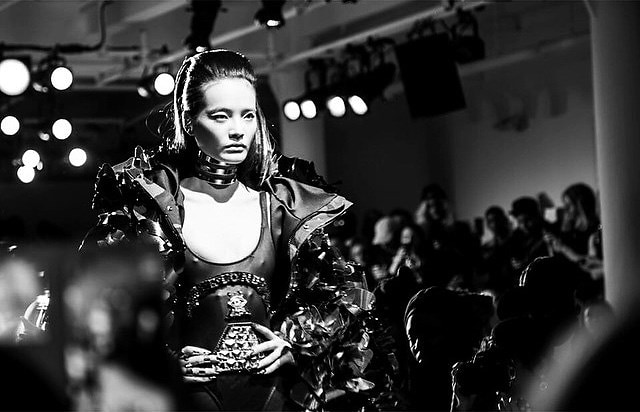 It is only David and Phillipe Blond that can draw such a crowd of diverse creatures to their namesake show. The royalty of New York were seated front and center, behind them only an army of tastemakers, drag queens, and television personalities. Even Paris Hilton, wearing a turquoise heart corset made her way backstage to pay her dues. The only thing that stood out more than the personalities was the collection. From 18th century symbolism to modern English rebellion, their inspiration runs the gambit. We had a few minutes to chat with the duo backstage about their latest inventions.