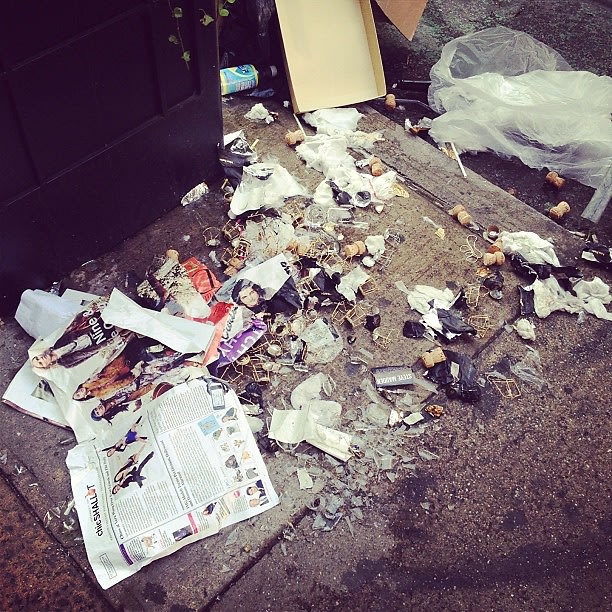 "'Fashion's Night Out' is the single biggest thing that has happened to our culture ever!," I exclaimed at breakfast this morning to my husband. Okay, maybe I was being a bit overzealous, but can you blame me? It's by far most inclusive, interactive, international event in our planet's history.

I'm not joking! It's a social media developer's dream come true. It's an advertiser's orgy pit. And, if you live in any major city and aren't into it, it's your worst nightmare. For New Yorkers, the crowds are equivalent to Halloween, the Gay Pride Parade, an Obama appearance, and every street fair ever conceived, combined. It's - how do I say this in terms you fashion people will understand?- MAJOR. And, it never would have been possible even five years ago, a time when the smartphone of choice was the crackberry, and people were still concerned about sharing information like photos across the WWW. It's bigger than any sporting event, political fundraiser, or tech meetup. I love LOVE love FNO, and I couldn't get enough of the photos people were sharing from around the world last night. Check out some of the aftermath I found from our planet's greatest event ever.