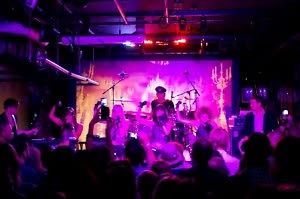 Held on Saturday in the iconic old CBGB space -- now one of Varvatos's retail outlets -- the comedic community was also out in full force, with Jimmy Kimmel, Sarah Silverman, and Aziz Ansari all making appearances. Also notable: it was sponsored by a liquor company called Original Moonshine. There was a lot of moonshine going around, and it tasted bad except when mixed into Sweet Tea or Ginger Something-or-Other.

Funnyman Jimmy Kimmel's presence was hard to miss, especially given that he introduced Varvatos to the crowd with a rousing speech. To one heckler, he said, while pointing to his half-empty glass of moonshine cocktail: "Two more of these and I'll beat the shit out of you." It seems Kimmel and Varvatos are friends: Varvatos made a point of telling Kimmel he looked "slim" and "slender" in front of reporters.

Sarah Silverman and Aziz Ansari were also in attendance. Sarah couldn't come up with a poop joke for me on the spot, which really disappointed me. "Can I get back to you?" I guess? Then she was in my neighborhood the next day for the Brooklyn Book Fair, so I stopped by to have her sign my book.  ["Eban [sic]--Stop following me. Love, Sarah."]

Aziz said he didn't want to talk because his friends would get mad at him for not being committed enough to them. Fair enough. He gave me the time of day for one question, though: does he fit in at Fashion Week? "I don't belong here at all." So no.

Lastly, we'd like to commend Mr. Varvatos for saving the iconic CBGB space from being turned into a lame-ass Bank of America or just another corner bodega. Where else can the aging Country, Blue Grass, and Blues stars like ZZ Top come to rock out alongside classic rockers Alice Cooper and ? These dudes killed it. Srsly: 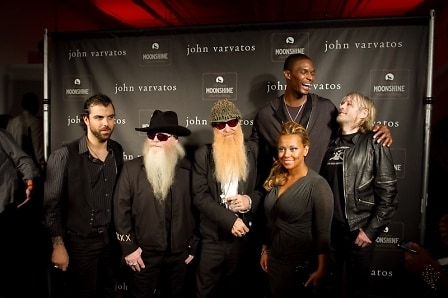 ZZ Top jokes around at the step-and-repeat. 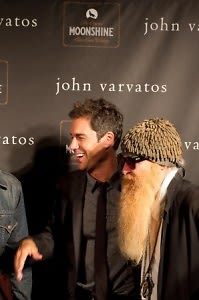 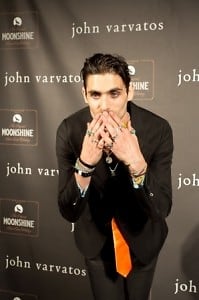 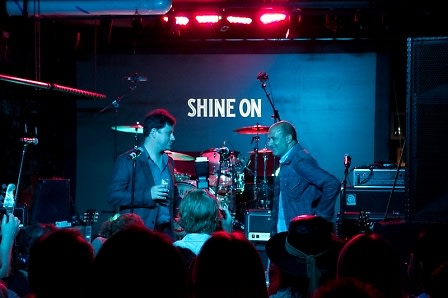 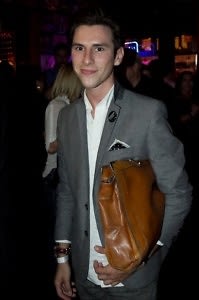 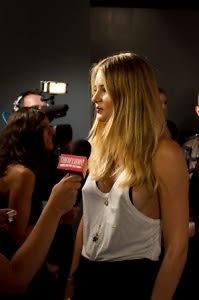