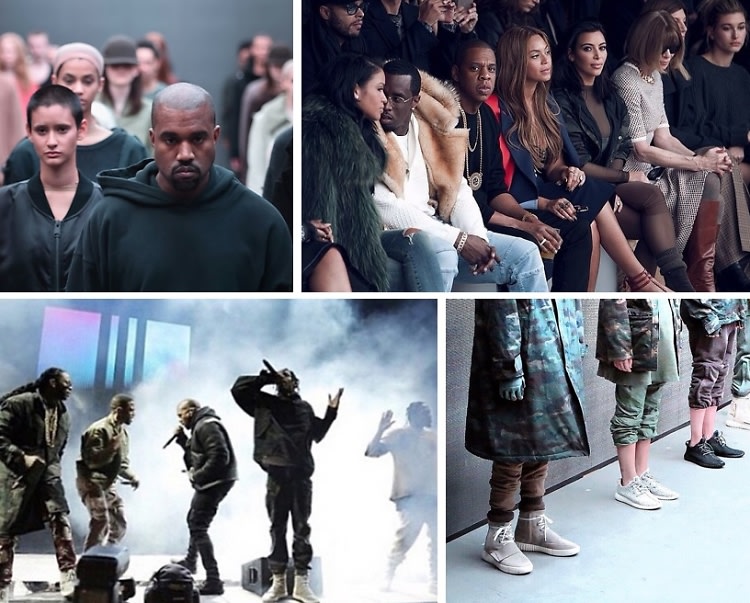 Kanye West is always proving to the world that there are no limits to his vision. After the incident of Kanye pulling a Kanye at this year's Grammys, he is (once again) all anybody can talk about. Notorious for passionately speaking his mind, Kanye has discussed his concerns with democratic fashion and claims that he is "The Tupac of Product." Now venturing outside of music and attributing his genius to all industries, Kanye is making his authentic, cultural footprint. In an interview back in 2013, he confirmed that he cut ties with Nike for a deal with Adidas. Granted the right to full creative freedom, Yeezy has had everyone patiently waiting for his next big move. Less than two years later, the day finally arrived. Kanye "turned up" for this year's 2015 New York Spring Fashion Week by debuting his Adidas line, releasing his limited edition Adidas Yeezy 750 Boost shoe, presenting a new song from his upcoming album called "Wolves", and holding the first ever annual Roc City Classic free concert in the Flatiron district in celebration of All-Star weekend. It's a lot to take in, so let us give you the rundown.