Go HERE for more photos and TAG YOURSELF and YOUR FRIENDS!

I have a certain penchant for cute publicity stunts, under which I'm pretty sure cocktail contests fall. And I also have a certain penchant for cute Frenchmen. So it was especially satisfying to see an adorably Gallic hunk named Cedric (at left) win a cocktail contest hosted at SushiSamba 7 yesterday in celebration of their 10th anniversary. The contest was held in conjunction with Leblon, a premium brand of fresh-pressed cane juice called "cachaça" -- essentially Brazilian rum, but more on this later -- that's been making the rounds on the NYC party circuit.

By which I mean I saw it at a dinner party with some media types. Anyway, Cedric managed to dream up a concoction that involved Leblon, plum sake, and muddled jalapeno... I tasted it, and it was sweet and spicy in just the right proportions! Recipe, photos, and a 12-second video of Cedric preparing the libation below.

Muddle cucumber, lime, and simple syrup. Add remaining ingredients and Shake well...double strain into a highball glass. Garnish with cucumber inside the glass and a hint of oregano.

So what's the deal with Leblon and why don't they want to be called "Brazilian rum," as they currently are labelled? Essentially, it's historical: rum is Caribbean, and cachaça is Brazilian, and cachaça totally predates rum by 100 years. At least that's what Leblon's PR people said. Their branding consultants or whoever are fighting the good fight in Washington as we speak, trying to get the alcohol regulatory powers that be to let Leblon be labeled cachaça and not just Brazilian rum. They went to New Orleans recently, and had some people sign an official document stating their cause: 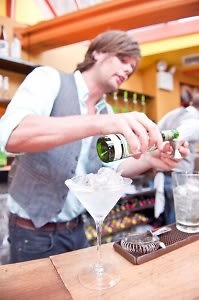 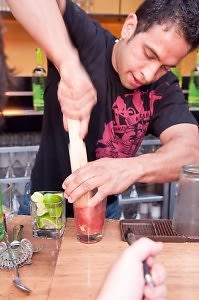 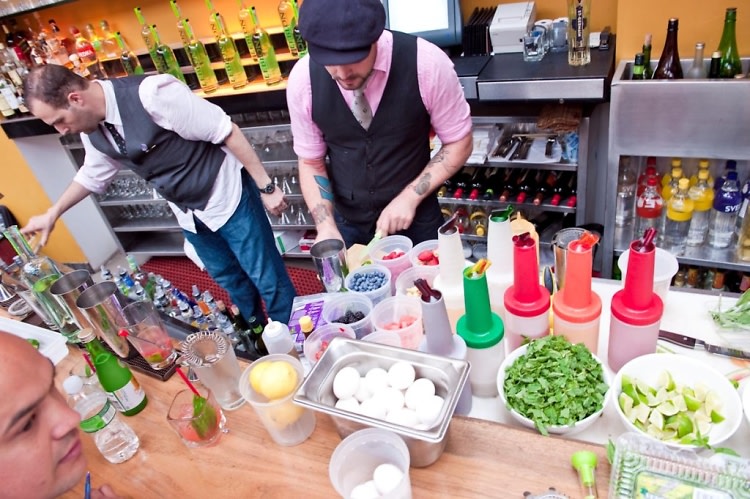 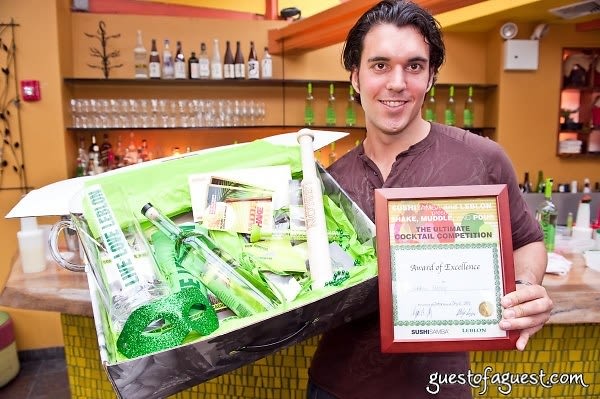 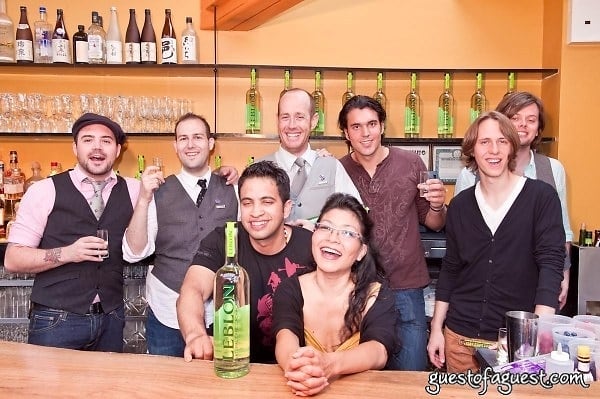