Actress AnnaLynne McCord was in Times Square today, donating kisses to Cosmopotian Magazine and the USO, who are collecting these smooches to send overseas to the troops.Cosmo and Maybelline New York are also attempting to set a new Guiness World Record for most lip-prints collected in 12 hours, and it appears McCord was galvanized to particpate after looking at the boys in uniform.

The kisses are collected on postcards which will be distributed on military bases overseas on New Year's Eve so even the soldiers far away from home can get some love at midnight.

The remaining route of the Cosmo Kiss Vehicle: 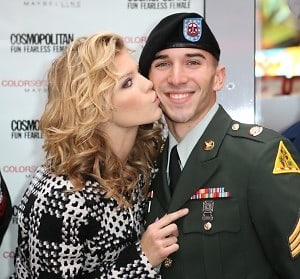 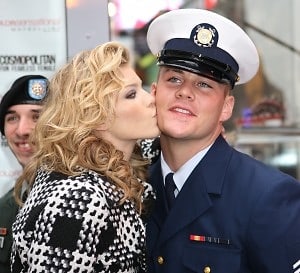 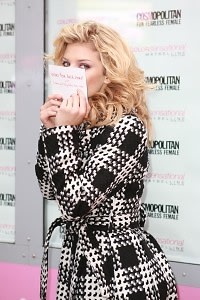 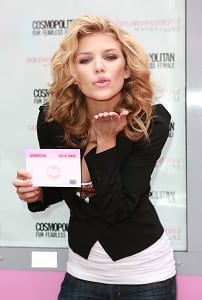