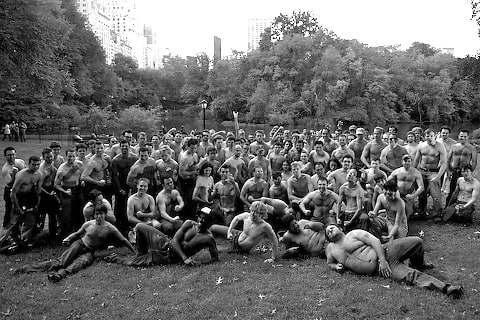 Improv Everywhere's tag line is "We Cause Scenes". Well, who the f*ck doesn't love causing a good scene every now and then? Yesterday that scene involved playing a little joke on the folks at the flagship Abercrombie & Fitch store on 5th Avenue. We are familiar with this store that sends it's very ripped male models outside each day to "greet" the customers sans shirts. Well the "agents" at IE wanted to make a point that every guy has that inner model just waiting to shine. So, yesterday they "caused a scene" when they found 111 random "regular" guys to walk into all levels of the store and remove their shirts at the same time. They then proceeded to do their own little model shoot of the men in Central Park. You can go to their website linked above to see full footage of the scene. Though some managers and customers were obviously annoyed, most people thought it was a funny stunt....we think it was pretty much hilairous. 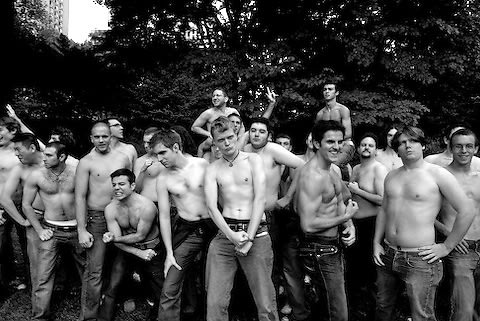