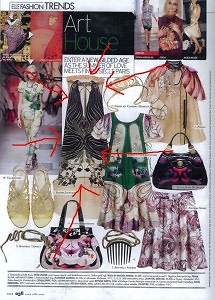 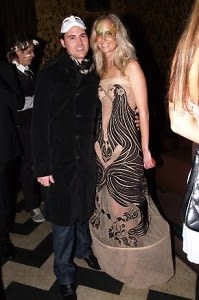 [Keith Lissner's creation in Elle and on me. Photo by JONATHON ZIEGLER for PMc]

This is the dress I wore last night.  The Keith Lissner tulle dress with silk hand embroidered thread was inspired by the Algonquin legend mother nature called "Nakomis"  From his Spring '08 collection (which was also inspired by mother nature).  The dress took over 3,000 hours to create and costs $18,000! I can not believe I got to wear it last night. I was "Mother Nature" of course and prompted more conversation than ever, including Sparrow's: "That dress is the reason I want to be a girl!" comment.  When I say this dress is one of a kind, I mean that there is literally no other dress like it in the world.  It has been in several publications, like the one in Elle above, and this other one I found in Ritz Carlton Magazine (Below). 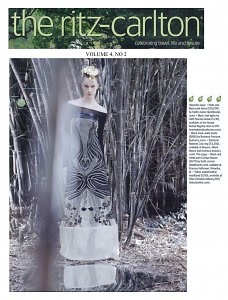 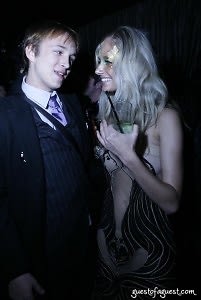 The dress made its Rounds at 1Oak and Rose Bar, though it would be much more fitting, say at the Natural Museum Gala.  It will forever be my most favorite Halloween outfit. Thank you so much Keith!  I have never felt more glamorous. 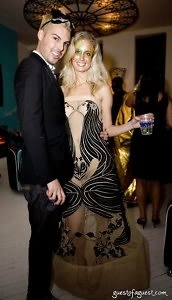