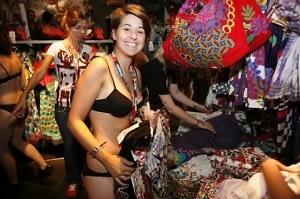 Would you strip down to your underwear in public? How about for a free outfit from Desigual? The free-spirited, Barcelona-based clothing store is offering free outfits to the first 100 people who show up to their Soho and Herald Square stores. In their underwear.-- 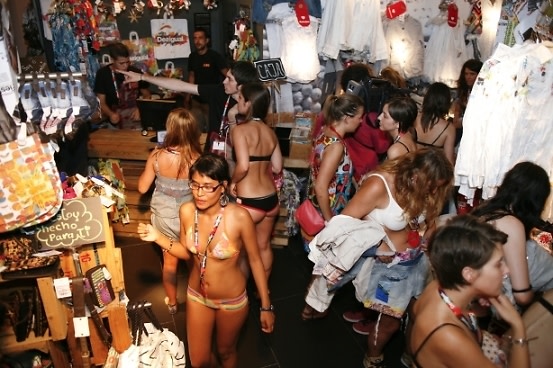 Here's the concept: take a shot of whatever you need to do to work up the courage to take off your clothes in public (we suggest tequila), strip down to your skivvies, and race to Desigual on Thursday, September 23rd for the Soho store, and Tuesday, September 28th for the Herald Square store. (Personally, we'd recommend trying for the Soho Store to avoid standing around in your underwear in Midtown, being gawked at by commuters.)

The Undie Party in Barcelona, held earlier this year, was obviously very popular. Do Spaniards look hotter in their underwear or decked out in Desigual? Tough question, but lets give them a run for their money, shall we, New York? 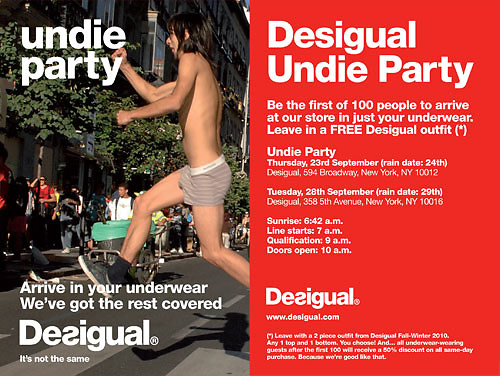 For more info, go to Desigual.com...