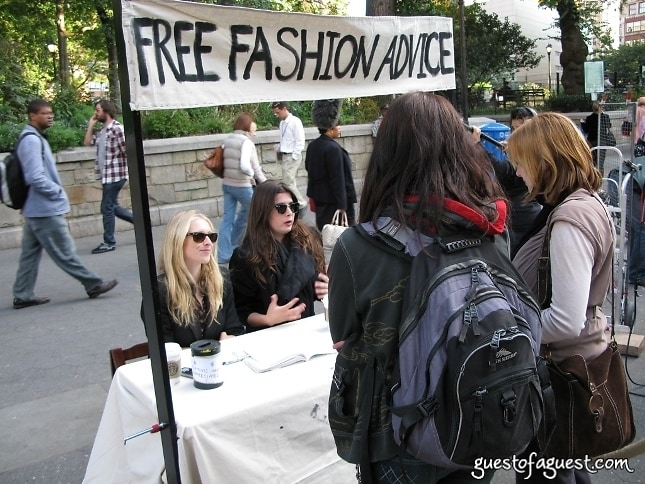 Apparently there were some ladies handing out "Free Fashion Advice" in Union Square the other day.  Is this just another reality TV show? (notice the mic guy).  Which brings up two questions - One: Would YOU take fashion advice from strangers? (they are wearing awesomely 80s Ray Bans!), and Two: Has anyone else noticed the INSANE amounts of reality television being filmed in our city?  I see people walking around with amateur video guys following them almost daily.  EVERYONE seems to think their lives in Manhattan are worthy of documenting.  Can you imagine what it would be like to be the guy fielding all of these demos over at ABC or Bravo?  I would love to see just a sampling of the footage.

UPDATE: Find these ladies here.  They are apparently stylists who were caught in the crossfire of an unrelated documentary being filmed in Manhattan.  And yes, we would take advice from them!

More photos of the mayhem below: 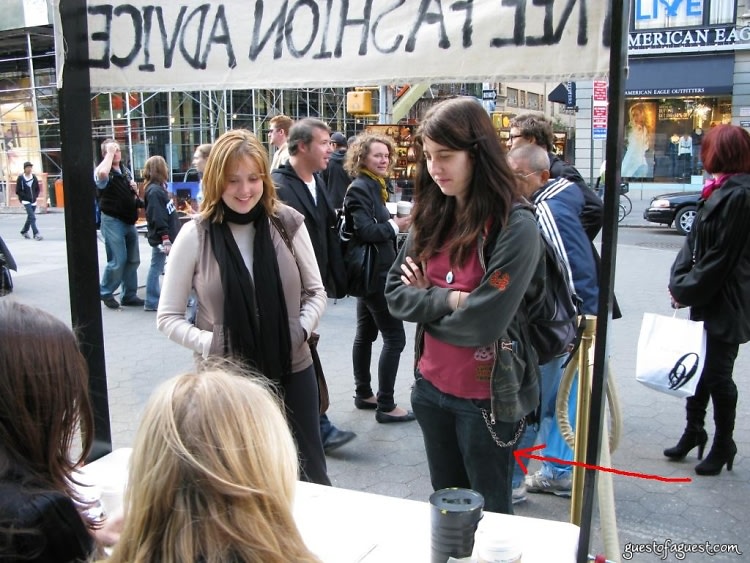 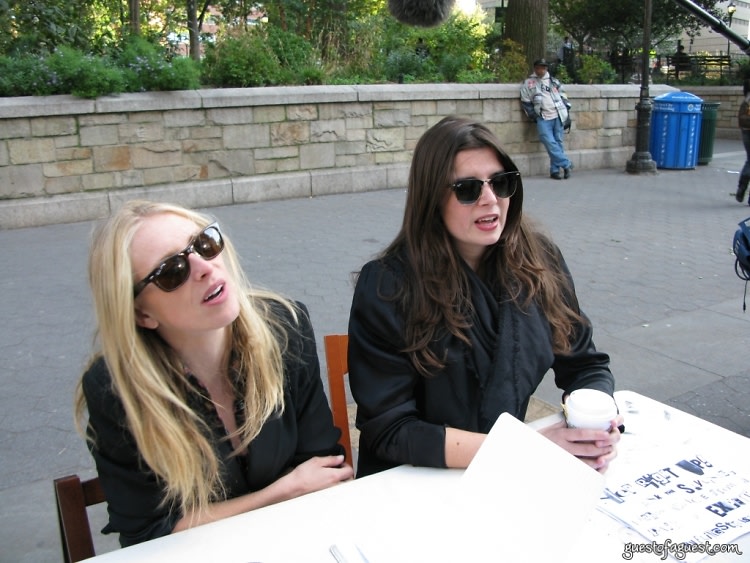 [Ray Bans make anyone a fashionista] 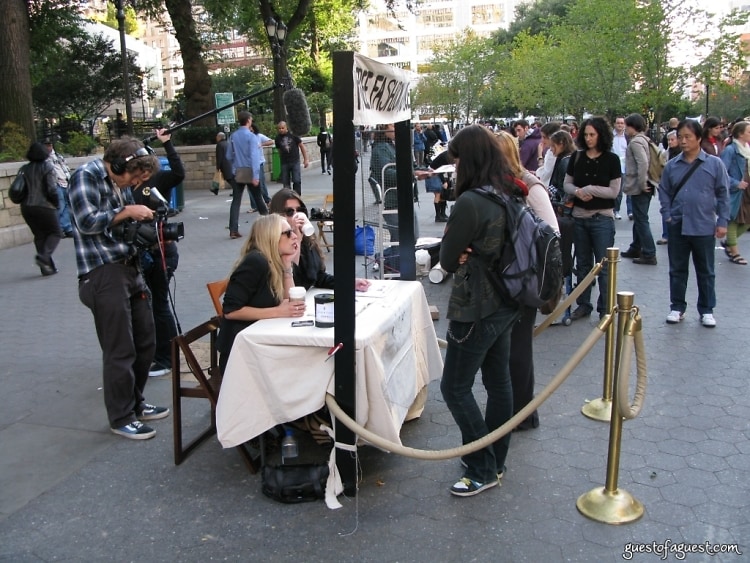 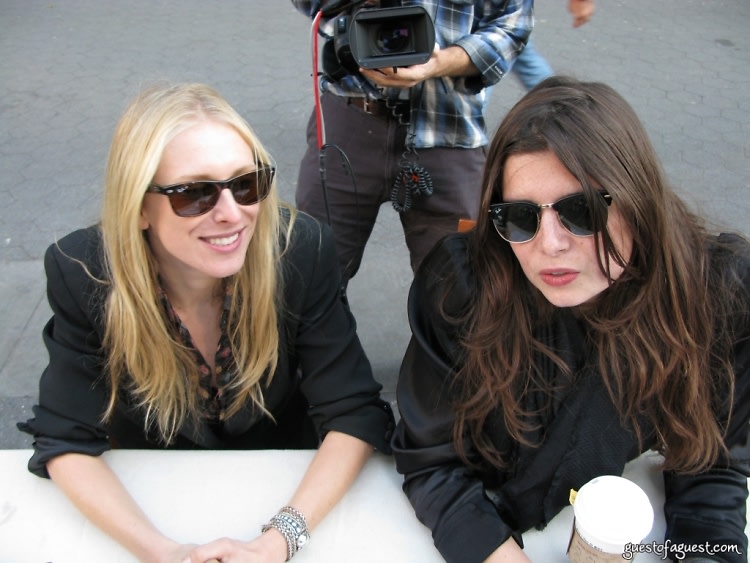