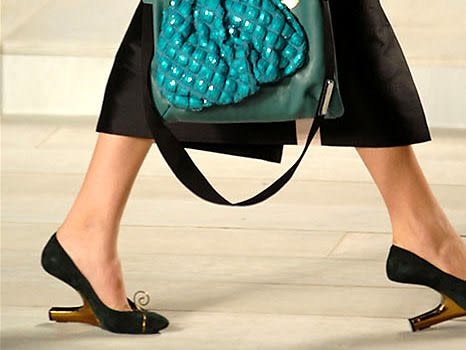 It's not the first "back-to-front" shoe as the UK's Daily Mail reported, but it is a little wacky. The heels go horizontal and, where you would instead expect to find them, there is a space of air. No, this isn't some shoe you would find in the child's dress-up play section at FAO Schwartz...they are part of Marc Jacobs' new collection people, and they aren't cheap. The designer himself described his new collection as "the emperor's new clothes" and said it aimed to overturn conventional fashion. The only explanation we can come up with is that the guy's love life is on the rocks again and he is having a hard time dealing with the pressures of adulthood. We still love him anyway.