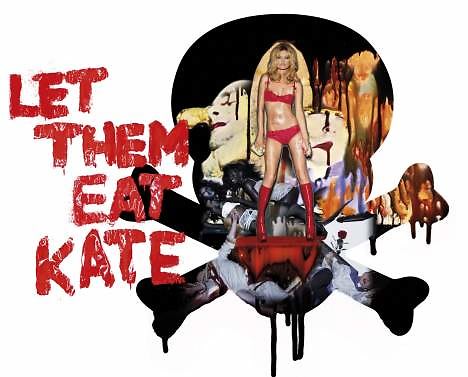 Last night, a bunch of the socials gathered at the MILK Studios Penthouse in Chelsea for the party for the launch of "White Wedding" the collaboration that Kate Moss and Nick Knight have been working on for Agent Provocateur (the lingerie giant). White Wedding is the new bridal range the company in debuting, and we have to hand it to them, they put up quite a marketing effort. From White Wedding:

"'White Wedding' is a groundbreaking exploration in extending a narrative advertising campaign to also create an experimental film series. Responding to a six-part script treatment written by Agent Provocateur founder Joe Corré, Nick Knight and a stellar cast including Kate Moss and artists Jake and Dinos Chapman have created six striking campaign stills that storyboard "the demise of a bride's "big day" and serialise the unravelling of the religious organisation behind it'."

"The result is an intriguing set of stylish shorts depicting Kate Moss running the gamut from demure virgin bride to dangerous, Lynchian siren that suggests new applications and creative potential for fashion film in advertising."