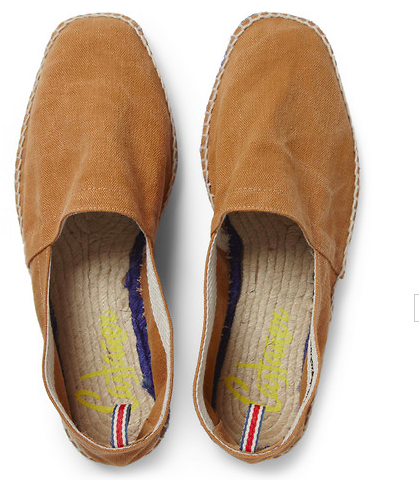 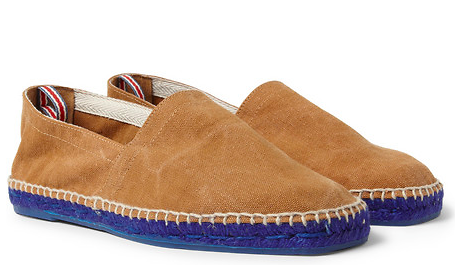 Travel back in time to the Spanish-American War, when Rafael Castañer was hired by the Spanish Government to mass produce “seven-ribbon espadrilles” as soldiers’ footwear.  Castañer became the master of the shoe and brings the past to the present with these handsome espadrilles. Wear them with cuffed pants or shorts and be noticed.  These espadrilles are made of canvas with a rubber sole, hand-stitched in Spain and available in various colors. Castañer Pablo Canvas Espadrilles, $145 [Photo via]
1 of 5