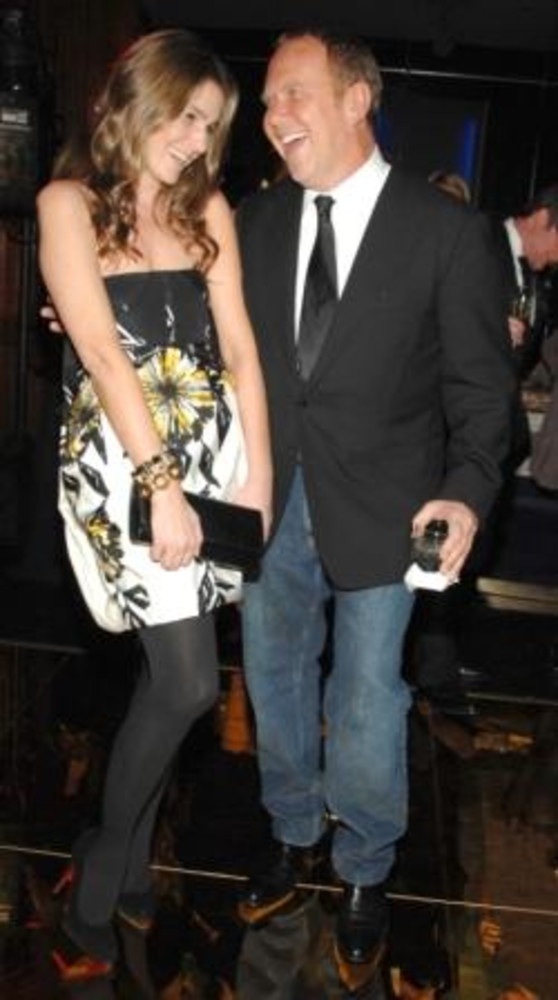 We want to hate that guy Michael Kors who took over the space that used to house Jerry's, the best restuarant Soho had ever seen, but we can't.  Just look at the guy.  He is so jolly.  Pictured here with Aerin Lauder Zinterhofer (heir to the Estée Lauder fortune) at the Neue Galerie's Winter Gala this past Tuesday.  We haven't made it down to the new spot on Prince St. yet, however we will stop boycotting the place.  Especially since we found out that Kors himself was reluctant to take over Jerry's spot, as he was also a big fan of the place.