Charley from "A Single Man"

Charley from "A Single Man"

A movie directed by a style icon will inevitably develop other style icons in his characters. Tom Ford's "A Single Man" stars Julianne Moore, who plays Charley, a Brit in Los Angeles during the '60s. It's clear that Ford channels a certain style through his costumes, that he utilizes in his own designs, but brings it alive through his characters. Charley's wardrobe involves bulky jewelry, geometric cuts, and a cigarette that never leaves her hand. 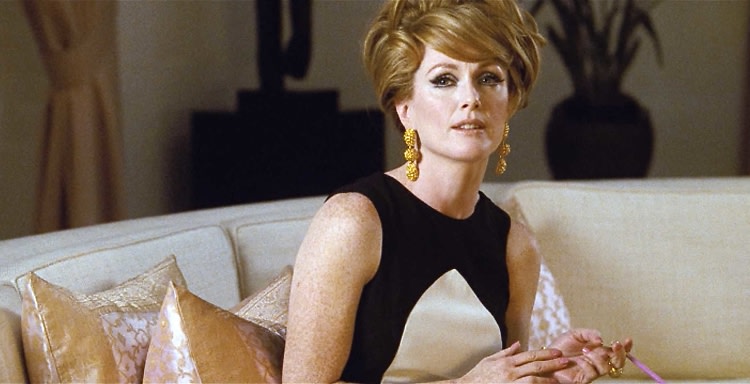