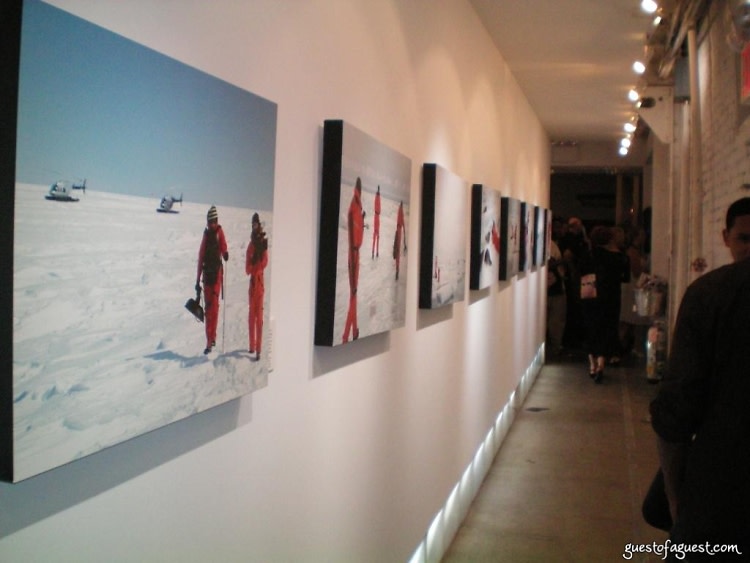 Last night, Nigel Barker and The Humane Society hosted a photo exhibition and privatee screening of Barker's newest documentary film "A Sealed Fate".  The film is about the short lived lives of Baby Harp Seals victimized by the commercial seal hunt. I walked up to the door of 401 Projects in the West Village and the first person that I ran into was none other than Project Runway season 4 winner Christian Siriano.

Upstairs the exhibit displayed photos of Barker and his colleagues on their mission to document the mistreatment of these seals and how the word can be spread to prevent this from happening. Downstairs, where the non photogenic chose to hide out, they were showing the film on rotation.

Guests kicked back to some ‘frosty’ cocktails and the music of Dj Josh Madden.

I saw some familiar faces in the crowd,there to help support the cause, including Seventeen Magazine's Ann Shoket, American's Next Top Model Season 10 winner Whitney Thompson, Season 4 Project Runway contestant Kevin Christiana, Alex McCord and Simon Van Kempen ‘The Real Housewives of New York and Lori Majewski, former Editor in Chief of Teen People and the Editor in Chief of DoSomething.org

I don't know who could resist joining this cause, especially after seeing the photos of these adorable seals.