Go HERE for more photos from this event. Photos and story by Ariel Moses & Stephanie Wei 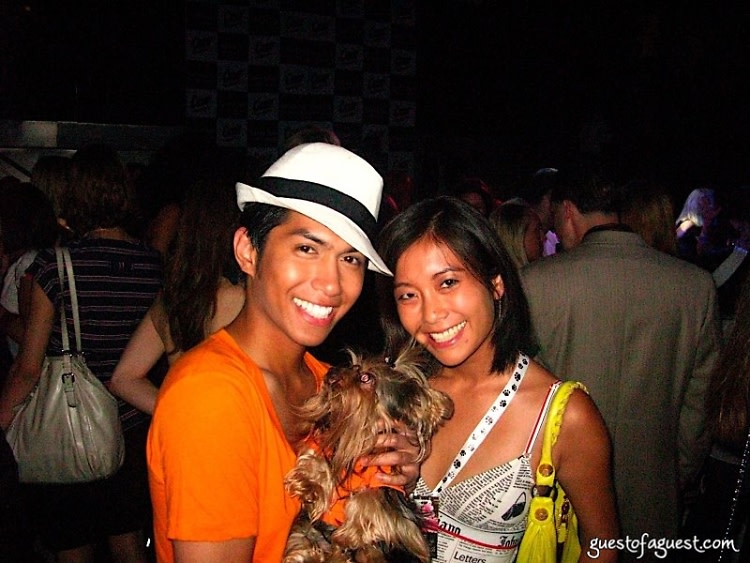 Robert Verdi and his fashionably dressed dog (in Armani!) hosted and MC'ed the runway show while Wendy and Lucky Diamond and Cornelia and Bear Guest walked their designer dogs down the runway. Plenty of dog-loving socialites and celebrities attended, and many even strutted down the catwalk to raise money for HSNY, including:

Lauren Conrad, who brought her dog, Chloe, stirred up a commotion and refused to walk down the runway with one of the dogs up for adoption; not to mention, she bailed on her hosting duties. Huge faux pas. Huge drama. Huge mistake. Especially since 100% of the proceeds went to the Humane Society of NY.

Despite LC's fit, the models, dogs, and guests shook their stuff on and around the runway while sipping on champagne and meeting some of New York's high society dogs. Yes, they do exist, and they're fabulous while donning designer doggie gowns.

Many attendees brought their dogs as well, including Tim Garcia and his extremely precious and well-behaved teacup yorkie, Cartier and Annabel Vartanian with her chihuahua Belle. Karen Biehl brought her model and actor chihuahua, Eli, and handed out his card to various guests. Ms. Biehl informed us that Eli has performed in several commercials and perhaps it won't be long until we see this rising star on the big screen! Jerry Tam of FORM made his first public appearance in over a month; the talented designer was sequestered for 5 weeks while participating as a contestant for Project Runway 5 (which premieres tonight on Bravo). With the combination of his congenial personality and established design aptitude, we won't be surprised if Jerry isn't a hit with both the fans and the judges! Other guests included Joey Goodwin and Angelina Ulankas along with the rest of the Unruly Heir crew, Ariel Moses, essentiallyemily's Emily Brill, Tracy Stern, Stephanie Wei, Social Life Magazine Publisher, Justin Mitchell, and PMC photog Nick Hunt.

[Lauren Conrad And The Mystery Puppy]