Orchestrated by artist and food writer Jennifer Rubell, the dinner was what you could call a hands-on affair. Guests were forced to invited to shell their own peanuts, drizzle their plates in honey from a contraption hanging on the ceiling (above photo), pick apples, and, coolest of all, hammer off pieces of 7 enormous chocolate bunnies shaped like Jeff Koons' Rabbit. (Apparently, the bunnies were so hard for chocolatier Jacues Torres to construct that he told Rubell to never call her again...) Definitely a refreshing, interactive change from the ho-hum New York society dinners these guests are probably used to attending. And also, basically everyone at that party can now say they went apple-picking with Penn Badgley, so.

If Performance Art is your thing (it has to be SOMEbody's thing, right?), then you have to check out Performa 09, which runs until November 22nd, and features commissioned performances, but no guarantee of large chocolate bunnies. 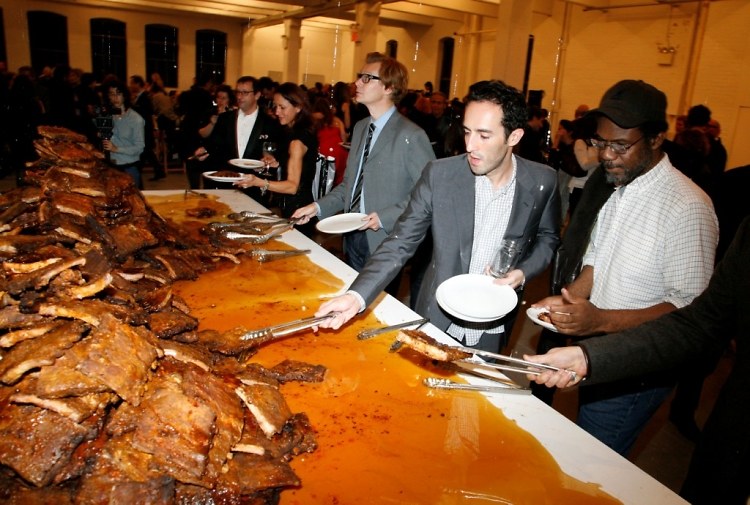 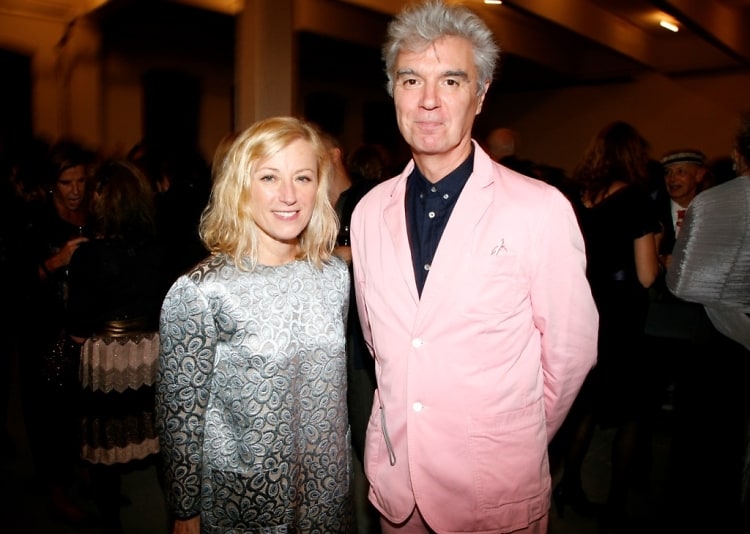 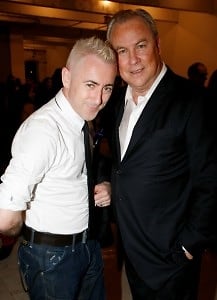 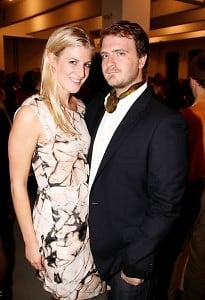 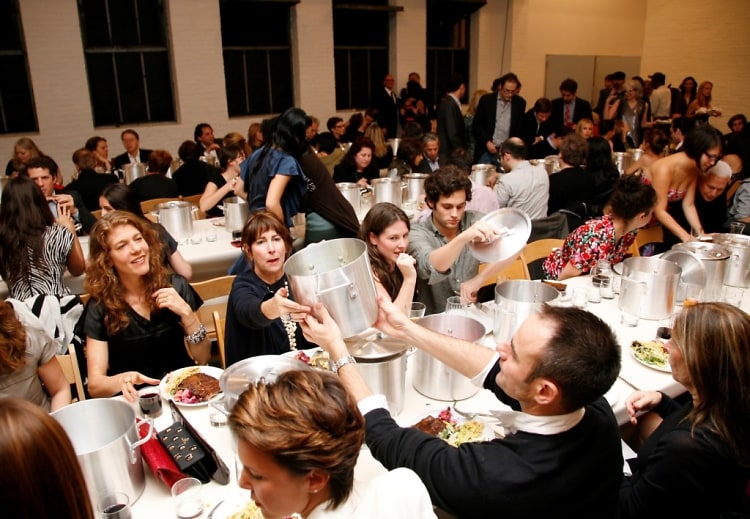 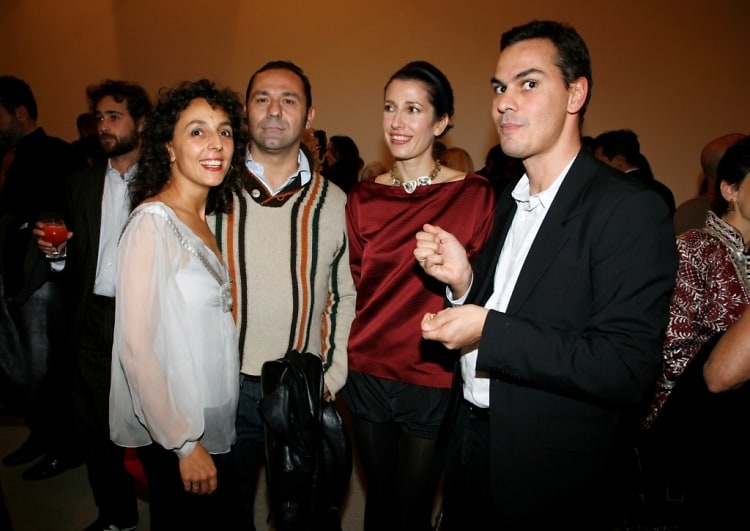 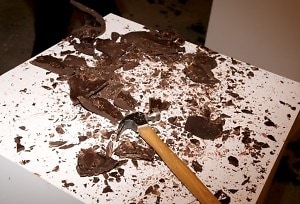 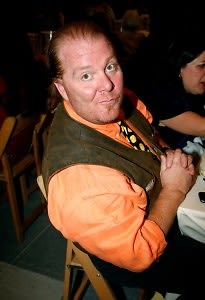 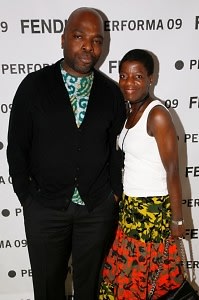 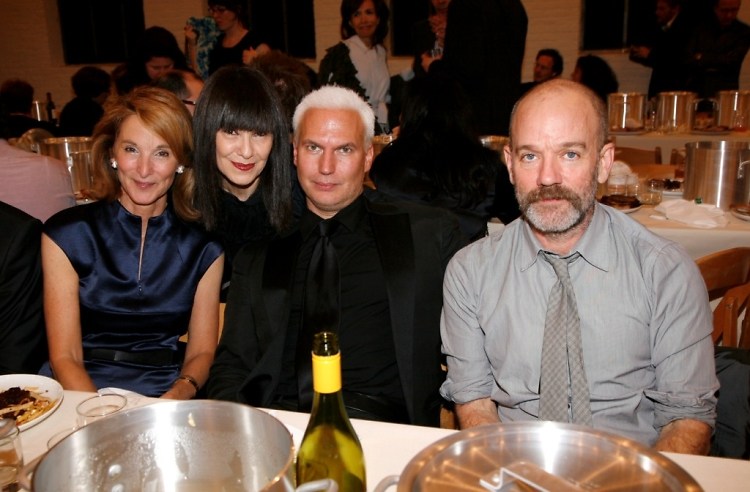 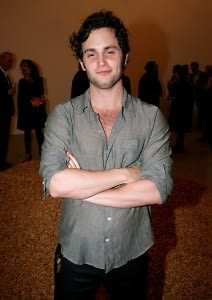 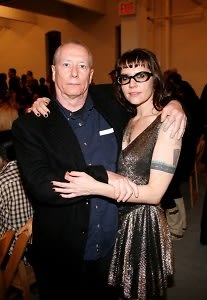 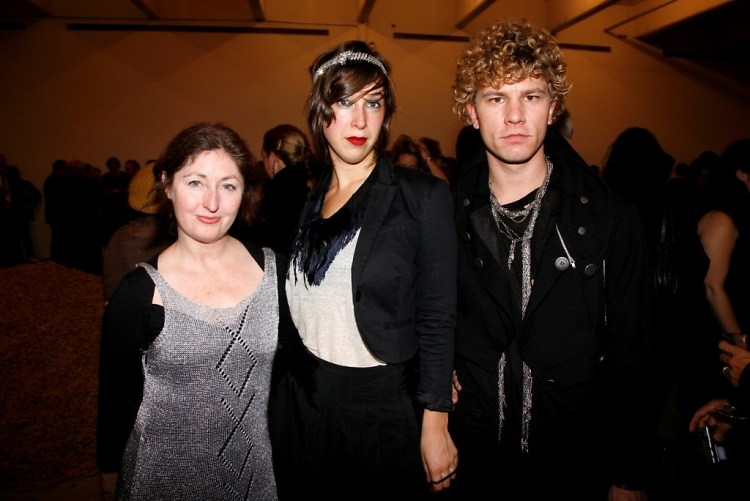