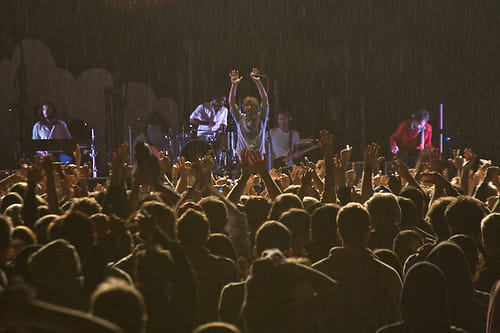 On Friday, Phoenix and Passion Pit took over Central Park Summer Stage for an incredible open air concert. The outdoor setting and fantastic music made for a memorable night, turning epic when the skies opened to release a downpour on both the band and fans. Like true loyals, instead of running for cover most attendees screamed into the falling drops, raising their hands to the stage, showing the band that if the tunes kept going, then they weren't moving.

After the show, the post party convened at the new (and AWESOME) SPiN New York. Even though I knew this was a private ping pong club, I was hardly prepared to walk in and see a very serious, actual match taking place. An animated Susan Sarandon cheered on the players, while Paul Sevigny messed around at a nearby table and Shenae Grimes mingled with the many beauties, scenesters and hipsters. The table tennis proved an interesting setting, especially pronounced when noted that through the tinted door one looks directly into the 23rd street train station. It was definitely an only-in-New York evening. 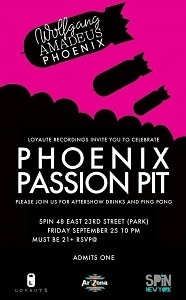 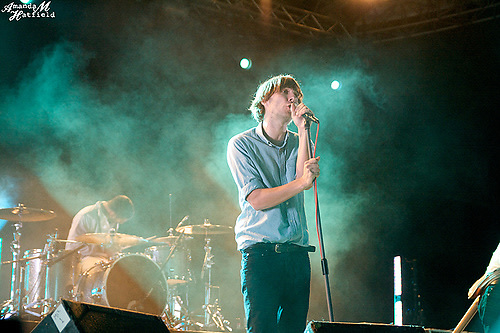 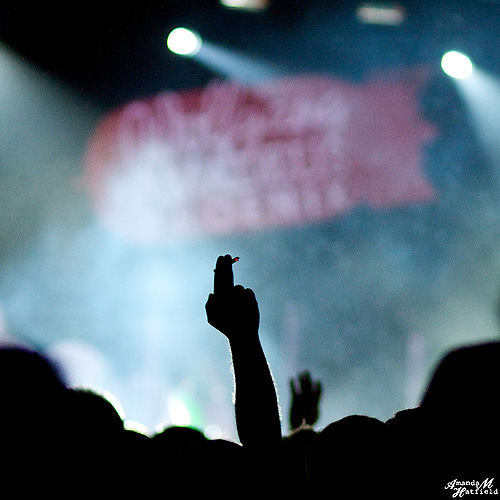 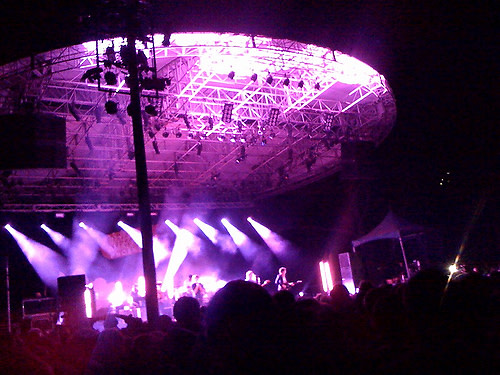