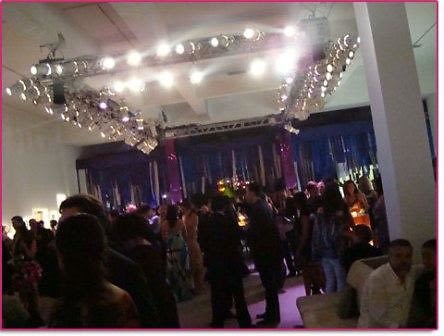 While, sadly, we weren't able to make it to the Whitney Art Party at Skylight last night, Essentially Emily did--and she had lots to say about the event. It seems that unlike yours truly, Emily doesn't get too starstruck, even in the presence of the Gossip Girls themselves. Other celebrities included Ivanka Trump, first daughter Barbara Bush, and event hostess Rachel Bilson. But aside from the star-stalking recap, Emily gets down to business talking fashion: she notes that the Gossip Girl cast members...

...looked quite ‘New York.’ But this is what I don’t understand. Why do they dress like New Yorkers when they go out to New York events/exist in real-life, and yet when they’re on a show that’s supposed to be about New York, they wear generic pieces I actually could’ve picked up at an upscale mall in northern Kentucky (just guessing…i’ve never been to northern Kentucky…)?

Emily also laments the fact that so many women chose black and beaded ensembles for the party, stating that "it’s summer! Let’s Play!??" So, apparently the art wasn't the star of the party--especially since Emily observed that most of the bidders were men trying to impress women with their checkbooks. Well, we're sure the Whitney made plenty of money last night, and on the plus side, there's always next year.