Teen sensations Taylor Swift and Miley Cyrus have landed in New York. Taylor showcased her undoubtable musical talent with her dynamic concert performance during her Fearless Tour at Madison Square Garden. She's expanding a teen popstars duties by not only looking pretty, but singing, dancing, writing her own songs, and playing the guitar! Many also woke up at the crack of dawn to watch Miley Cyrus perform at NBC's "Today" at Rockefeller Center. More Photos below... 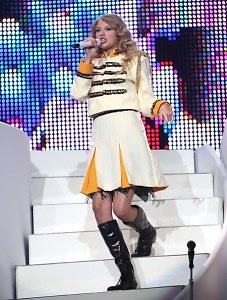 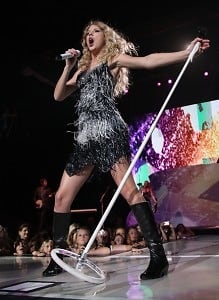 Taylor Swift having fun during her Fearless Tour Concert at Madison Square Garden on August 27, 2009. 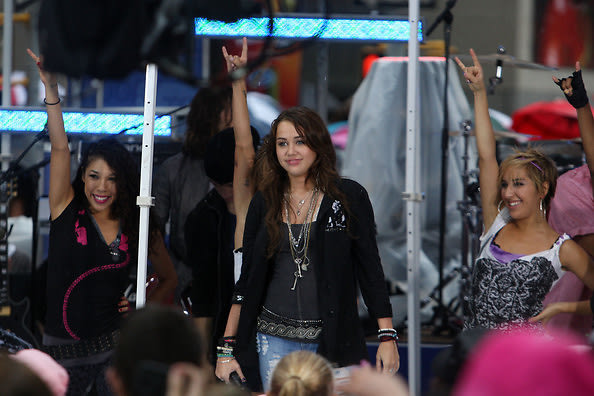 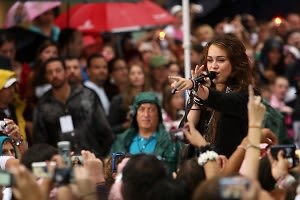